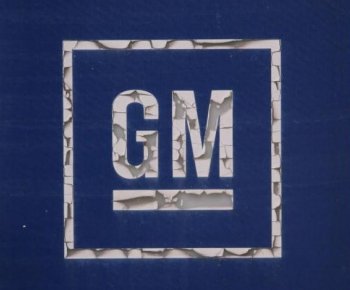 Heide B. Malhotra
View profile
Follow
biggersmaller
Print
Since last summer’s bankruptcy, General Motors Co. (GM) has slowly crawled back from oblivion and is set to sell shares in an initial public offering and come out from under the umbrella of government support.

GM filed an amended registration statement on Sept. 23 with the U.S. Securities and Exchange Commission (SEC) for the sale of stock. The market price was not known as of filing date.

“Currently, no public market exists for our common stock,” GM said in its recent SEC filing.

This sale will include the preferred stock owned by the U.S. Department of Treasury, which agreed to sell its stock and suggested that the offering will hit the market before the end of 2010.

For Treasury to be equitably compensated for its support of GM under the TARP program, the stock must have a market price of $133.78, according to an August letter by Neil Barofsky, special inspector general for TARP, to Sen. Chuck Grassley, R-Iowa.

GM’s Haul of TARP Funds
In late 2008, GM received a $13.4 billion working-capital loan and another $6 billion loan. To help GM survive the bankruptcy proceedings in mid-2009, Treasury loaned another $30.1 billion, converting most of the loaned money to a 61 percent ownership in the “New GM,” leaving $6.7 billion to be repaid.

A few months into 2010, GM repaid the $4.7 billion to the Treasury—the remainder of the $6.7 billion it received under TARP—a full five years before it was required to pay it off.

“We are encouraged that GM has repaid its debt well ahead of schedule and confident that the company is on a strong path to viability,” Treasury Secretary Timothy Geithner said in a statement earlier this year.

But Barofsky’s investigation found that GM’s TARP repayment may not be what it claimed, according to his testimony before an April Senate Finance Committee hearing and brought to the forefront in an April letter by Sen. Grassley to Treasury Secretary Geithner.

“In fact, it appears to be nothing more than an elaborate TARP money shuffle. … GM seems to be using TARP funds from an escrow account at Treasury to make the debt repayments,” Grassley said in his letter.

“The most recent quarterly report from the Office of the Special Inspector General for TARP says, ‘The source of funds for these quarterly [debt] payments will be other TARP funds currently held in an escrow account,’” Grassley wrote.

For the Treasury to be fully repaid, it all depends on how much investors are willing to pay for Treasury’s preferred stock in GM.

“The bottom line seems to be that the TARP loans were ‘repaid’ with other TARP funds in a Treasury escrow account. The TARP loans were not repaid from money GM is earning selling cars, as GM and the Administration have claimed in their speeches, press releases and television commercials,” Grassley said.

Financial Well-Being
As of June 30, GM was highly liquid with $31.5 billion in cash on hand, more than three times its debt of $8.2 billion. A caveat indicates that GM’s U.S. and foreign pension obligations are underfunded by around $27.3 billion, but they don’t need to be funded until 2014.

However, not all is aboveboard. According to Grassley’s letter, $17.4 billion of available cash and marketable securities were actually drawn from a Treasury escrow account.