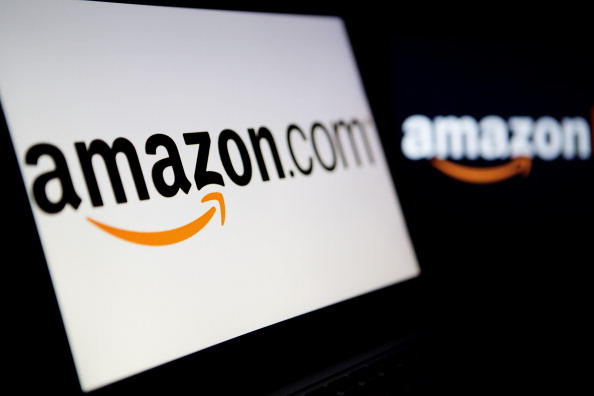 Amazon definitely loves to play Santa Claus when it comes to giving away Android apps and the company on Monday announced that it’s having a blowout Christmas Amazon Appstore sale that will let you download up to $220 worth of paid apps for free.

RELATED: This video will tell you whether or not your $99 Amazon Prime subscription is worth it

Amazon says that the sale — which will only last between Wednesday, December 24th and Friday, December 26th — “includes apps and games from developers like Halfbrick Studios, Rovio Entertainment and Sega of America, which range in price from $0.99 to $64.99, all for free.”

Amazon also says that between now and the end of the year it will be offering massive discounts of between 50% to 85% off apps “from developers like Disney, Gameloft and Sony Pictures Television.”

The huge Appstore sale is part of Amazon’s big year-end blowout sale of all kinds of digital entertainment that includes steep discounts on Christmas-related movies, a 40-song holiday playlist that you can listen to ad-free an unlimited number of times, and sales of popular Kindle books that will be up to 85% off.

In the last days before Christmas, customers are busy wrapping gifts for friends and family, including new gadgets—from phones, to tablets, to the latest streaming devices for the living room.

As customers open these new devices, they want the latest and most popular digital content to continue their holiday cheer. Available now, with many deals running through the end of December, customers can find discounts on digital content ranging from 50-85% off.

Get ready to light up devices underneath the Christmas trees—holiday deals and discounts include:

Starting December 24th and running until December 26th, Amazon Appstore will offer a number of paid apps and games for free, as part of the largest Free App of the Day bundle ever. The bundle includes apps and games from developers like Halfbrick Studios, Rovio Entertainment and Sega of America, which range in price from $0.99 to $64.99, all for free—saving customers up to $220.

Also starting today, and for a limited time, when customers buy or gift Amazon Coins, they can get up to a 30% discount on their overall Coins purchase—up to triple the normal savings to spend on apps, games and in-app items, like card packs in Hearthstone: Heroes of Warcraft, gold in Game of War-Fire Age, lollipop hammers in Candy Crush Saga and gems in Brave Frontier.

Throughout the remainder of December and into the New Year, customers will find 50-85% discounts on titles from developers like Disney, Gameloft and Sony Pictures Television. Find out more at amazon.com/appstore and download the Amazon App atamazon.com/androidapp.

Until December 25th, customers can get up to 50% off Holiday and Kids movies and TV shows. Top titles include; Dr. Seuss: How the Grinch Stole Christmas, White Christmas, Polar Express, Home Alone, A Charlie Brown Christmas, and Elf. Find out more at amazon.com/aiv/deals.

This holiday Amazon Prime members can enjoy tens of thousands of TV episodes and movies with Prime Instant Video, Amazon’s video subscription service, which offers unlimited streaming of movies and TV including HBO shows like The Sopranos and The Wire, along with Amazon OriginalsAlpha House, Golden Globe nominee, Transparent, and premiering this week on Prime Instant Video, Mozart in the Jungle.

In addition, anyone who visits Amazon will be able to listen to a selection of the holiday songs from the All Is Bright playlist, for free, while they shop. Featured as a snowflake and music note at the top of every Amazon page, shoppers can just press play and enjoy through December 25th.

Prime members can also listen to a variety of popular holiday albums and songs on Prime Music without added cost, including the Christmas album from a cappella group Pentatonix—PTXmas (Deluxe Edition), Mariah Carey’s fan-favorite and classic Merry Christmas album and the Christmasalbum from crooner Michael Bublé, among many more.

Check out amazon.com/ebookdealseach day for new deals or sign up for the Kindle Daily Deal newsletter. Customers can also subscribe to Kindle Unlimited to read and listen to over 700,000 books and audiobooks, including the Harry Potter series, The Hobbit and The Lord of the Rings trilogy, the Hunger Games trilogy, Diary of a Wimpy Kid books, Flash Boys, and more.

Customers can easily gift friends and family all the digital content they love. Give the gift of Amazon Prime and customers automatically get access not only to fast, free Two-Day shipping on millions of items, but they can immediately start streaming tens of thousands of movies and TV episodes with Prime Instant Video, one million songs and hundreds of playlists with Prime Music, free unlimited Photo Storage with Cloud Drive, early access to select Lightning Deals and access to more than 700,000 books to borrow with the Kindle Owners’ Lending Library. Learn more and schedule your gift delivery at amazon.com/giftprime.

Kindle books can be given as a gift to anyone with an email address, and recipients can read a Kindle book gift on any compatible Fire or Kindle device, or free Kindle reading app. Learn more at amazon.com/kindlegifting.

Amazon Coins provide an easy way to give the gift of apps and games—simply choose the amount of Coins to gift, who to gift them to and when to have them delivered. Learn more at amazon.com/giftcoins.