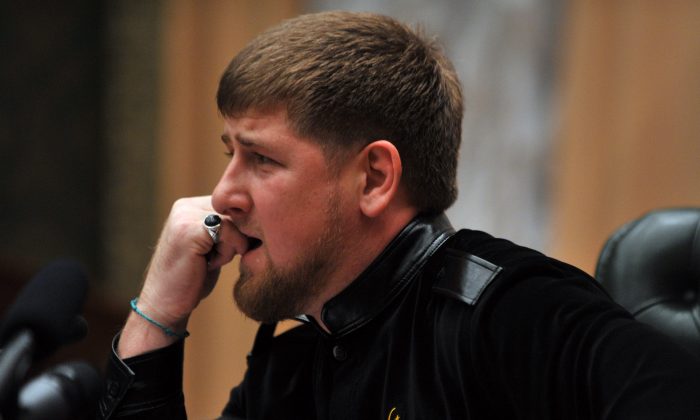 Chechen leader blames U.S.: Chechen President Ramzan Kadyrov, who has been described as a war criminal by human rights groups, blamed the U.S. on Friday for the Boston Marathon bombings.

He said that bombing suspects Tamerlan Tsarnaev, who was shot and killed this morning during a manhunt, and his brother, Dzhokhar, developed their notions in the United States. The two were originally from Chechnya, a region in southern Russia hit hard by civil war and violence over the past decade.

“They grew up in America, their views and convictions were formed there. The roots of evil must be sought in America,” Kadyrov said via is Instagram account, according to Naharnet. Kadyrov was installed by the Russian government but has been accused of allowing kidnappings and torture under his rule.

“They (the brothers) grew up and studied in the United States and their attitudes and beliefs were formed there,” Kadyrov said, according to Reuters. “Any attempt to make a connection between Chechnya and the Tsarnaevs is in vain.”

He said that “terrorism must be fought everywhere. We know this better than anyone. We wish all the victims a [speedy] recovery and share in Americans’ grief,” according to the Washington Post.

He also criticized Boston police for not being able arrest Tsarnaev.

“Apparently the special services needed a result by whatever means to appease society,” he said.

He earlier told Russian state media RIA Novosti: “We do not know the Tsarnaevs. They did not live in Chechnya. They lived and studied in America. What happened in America is the fault of the American special services.”

“It has become typical to link everything that happens in the world to Chechens, to blame the Chechens, even for the tsunami,” he added.