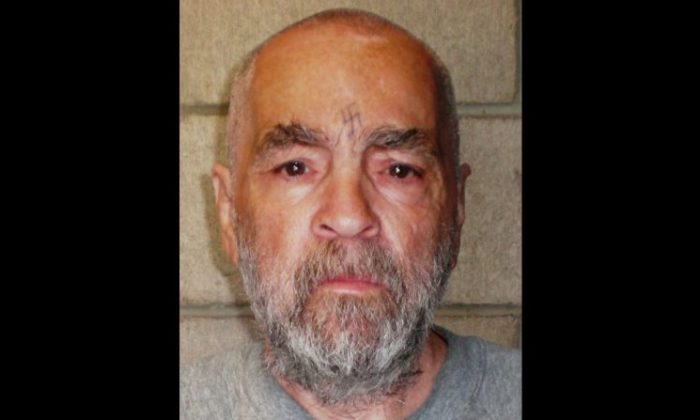 Charles Manson’s false teeth and other prison items are heading to a museum in Las Vegas.

Zak Bagans, star of the Travel Channel’s “Ghost Adventures,” bought some of Manson’s personal items after the killer died last week. That includes a set of dentures, TMZ reported.

“Bagans believes the chompers are the real deal because the seller was a close friend and pen pal of Manson’s,” the report stated.

He also has a photo of the teeth signed by Manson.

I wrote to Charles Manson and got this drawing in response. https://t.co/5N5FHXBfWR

The teeth were reportedly stolen by an inmate in 2010, and when he was released from prison, he sent the dentures to Manson’s pen pal. Then, the friend “teased Manson by sending him a photo of the teeth, and Manson wrote back to him begging him to return them,” but he didn’t, the report stated.

The letter as well as a necklace fashioned from toilet paper and underwear—along with other “art” made by the killer—are part of Bagans’ collection. They’ll be displayed at the Haunted Museum in Las Vegas.

Why do many death row inmates like Charles Manson avoid execution and die from natural causes instead? Go #BehindTheBar to find out. pic.twitter.com/ORa2rMF0rh

Manson died last Sunday at the age of 83, while stating in his will that he disinherited his two known children, grandchildren, friends, as well as family and the state of California, according to the Daily Mail.

Manson died of natural causes last Sunday evening, Nov. 19, at a Kern County hospital, the California Department of Corrections and Rehabilitation said in a statement. It gave no further details of the circumstances surrounding his death, Reuters reported.

Manson long maintained his innocence, telling Rolling Stone magazine that follower Charles “Tex” Watson was responsible for the Tate-LaBianca killings. Watson was tried separately and is serving a life term for his role in those killings.

Still, Manson seemed resigned to a life of incarceration, ceasing to even attend his parole review hearings after 1997.

“What would I want out for?” he said in a telephone interview with the Los Angeles Times. “This beats an old folks home.”

In April 2012, Manson was quoted by parole officials as having told a prison psychologist the previous fall, “I have put five people in the grave. I’ve been in prison most of my life. I‘m a very dangerous man.”