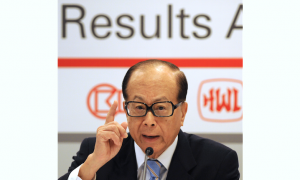 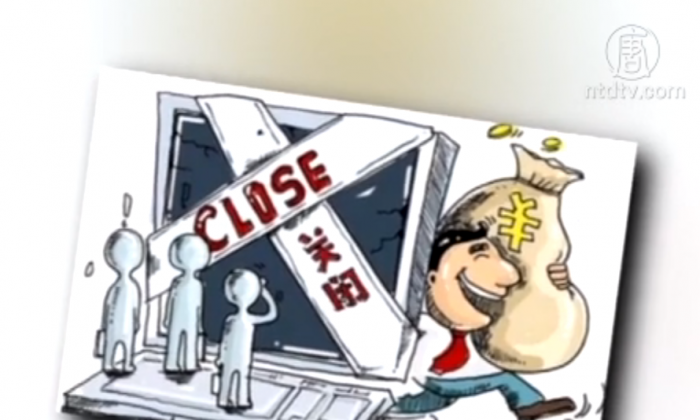 The CEO of a large real estate firm in China disappeared with a large sum of money, leaving defrauded victims in 16 provinces and 50 cities. People who sought help from local governments were beaten and arrested by the police.

Since Sept. 2, Xing Lin’s branches in Inner Mongolia, including Hohhot and Baotou, were found vacant. More than 200 home buyers are said to have been victimized in this region; some allegedly lost more than one million yuan.

In Xi’an, the capital of Shaanxi Province, more than 300 victims with 30 million yuan (US$4.9 million) in losses are said to be involved in two of its stores. One victim said the company had stopped contacting him since he made a down payment in mid-July.

“There were 200 to 300 people all wearing the same white shirts with printed slogans such as: ‘Xing Lin Return the Money’ and ‘Xing Lin Fraud.'”

In Shenyang City, the capital of northeastern China’s Liaoning Province, a total of 136 Xing Lin branches were closed. Victims there include home buyers as well as more than 1,000 employees who have not received their wages for two months.

“Their boss is a fraud who specialized in financing,” Mr. Song said. “He tricked both buyers and sellers into allowing him to supervise the money. In fact, the supervision should not be done by the agent, but the state and the Real Estate Board.”

Xing Lin has many other subsidiaries throughout China under different names, such as Heng Tai in Kaifeng City and Lin Tai in Harbin City. Wu Binglin is the legal representative for all of them. They are now all closed without prior notice.

The nationwide shutdown of Xing Lin has resulted in thousands of buyers losing billions of yuan. But many municipal public security offices refused to file cases for victims. Anxious victims had to take to the streets to demand that the government protect their interests. Victims being beaten and arrested by the public security forces were reported in Tangshan, Baotou, Zhangjiakou, Jilin, Changchun, Kaifeng City and other places.

Allegations of breach of contract were made against Xing Lin’s branch in Ningxia more than a year ago by Legal Daily. Victims of the Shenyang branch began to protest in front of its offices on Aug. 11 of this year.

Zhang Zanning, a Law Professor of Southeast University told NTD that the Chinese government is to blame for all this, and it’s the root of this mercenary attitude. Zhang said since the more than 60 years rule by the Communist regime, the morality and beliefs of the Chinese people have been totally ruined.