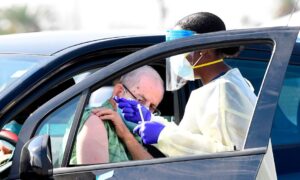 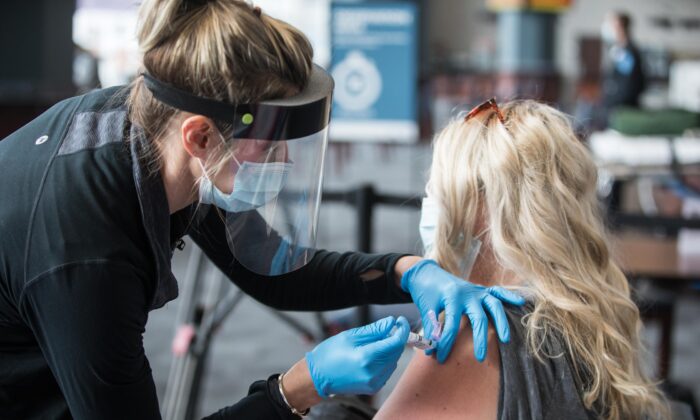 Doses of the new CCP virus vaccines can be spaced apart as long as six weeks in some cases, the Centers for Disease and Control and Prevention (CDC) said in new guidance on Friday.

Both authorized vaccines require two doses. Patients typically get the second dose three weeks or a month after the first.

Concern is growing about the availability of doses because the Biden administration greenlit the release of nearly all doses the government is receiving, instead of holding back some to ensure that people who got one shot can get another in the recommended time period. The policy started late in the Trump administration.

A CDC spokeswoman told The Epoch Times via email that the agency received feedback on its initial guidance. People said “that some flexibility in our language might be helpful to reduce barriers to vaccination, especially if there are challenges around returning on a specific date or if someone’s circumstances had changed (like being discharged or entering a long-term care facility),” she wrote.

“As always, CDC encourages people to follow our guidance around intervals and interchangeability, but we also don’t want our guidance to be so rigid that it creates unintended barriers.”

The change is also meant for people who aren’t sure which dose their received initially. If it cannot be determined what product they used, “we are saying that they can get the 2nd dose with either product,” the spokeswoman added.

“What the CDC is saying, sometimes the situation is stressed where it’s very difficult to be exactly on time,” Dr. Anthony Fauci said during an appearance Friday on CNN’s “New Day.”

“So we’re saying you can probably do it six weeks later, namely, two additional weeks. Quite frankly, immunologically, I don’t think that’s going to make a big difference,” added Fauci, the head of the National Institute of Allergy and Infectious Diseases at the National Institutes of Health.

COVID-19 is the disease caused by the CCP (Chinese Communist Party) virus. Some 16.2 million people have received at least one dose of a vaccine as of Jan. 22, according to the CDC. Nearly 40 million doses have been distributed to states.