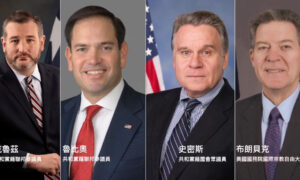 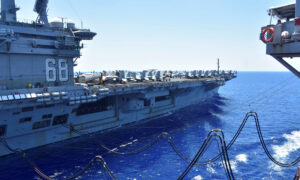 CBS New York reporter Nina Kapur has died after a moped accident, according to the station. She was 26 years old.

Kapur was injured during the incident before she was taken to a hospital in Manhattan, where she was later pronounced dead, the station said.

“Our thoughts and prayers are with Nina’s family,” CBS New York wrote, adding that “she will be missed.”

Friends and colleagues paid tribute to her.

“Our hearts are broken. @CBSNewYork @ninakapur1 we will miss your smile, your warmth, your presence. Rest In Peace young lady,” Chris Wragge of CBS New York wrote.

Our hearts are broken. @CBSNewYork @ninakapur1 we will miss your smile, your warmth, your presence. Rest In Peace young lady. pic.twitter.com/b4rBhvHWGx

CBS’s John Diaz added that Kapur “was a true angel on earth, and now she is a real one in heaven.”

A former college classmate, Jane Hong, wrote of Kapur, “This is the Nina Kapur I met in college: excellent at what she did while wearing a big smile on her face.” She added: “I remember telling her I couldn’t wait to watch her on national news one day… she deserved more. Praying for her family and loved ones.”

“She made countless sacrifices to make it to New York. Her work won’t be forgotten,” he added.

Other details about her death were not provided.