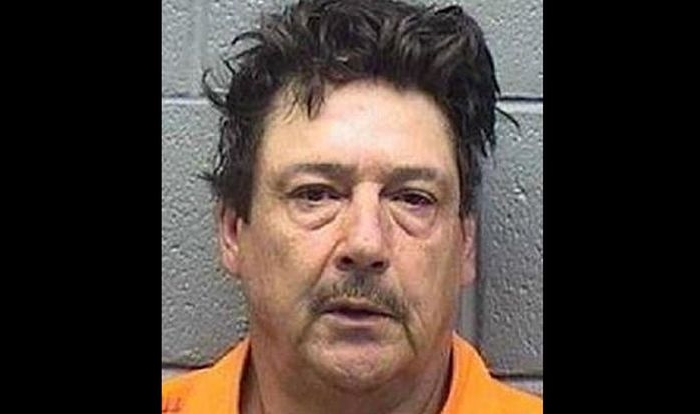 A man who was convicted in the slaying of an 8-year-old girl whose body was never located was found dead in a prison cell in Oklahoma. (Oklahoma Department of Corrections)
US News

An inmate who was convicted in the slaying of an 8-year-old girl—whose body was never discovered— was strangled in his prison cell a month ago, said officials.

Anthony Palma died from “ligature strangulation and blunt force trauma to the head” on Jan 11, officials said, reported The Associated Press. He was killed in his prison cell at the Oklahoma State Penitentiary in McAlester.

Palma had been sentenced to life in prison for the death of Kirsten Hatfield, who was kidnapped from her home in Oklahoma City in 1997.

The girl’s case remained cold until 2015 when DNA from blood taken from the girl’s window was linked to Palma. He was convicted two years later.

He had lived two doors down from Kirsten’s family and hadn’t moved by the time of his arrest.

Detectives said that they wanted to interview him this year in the hopes of finding the girl’s remains.

“We’ve not had closure on this case and we may never have closure because we wanted to find her body and bring her home,” Midwest City Police Chief Brandon Clabes said, KFOR reported in January.

He said, “Our hopes are, with any case like this, the suspect who’s convicted… in this case, it was Anthony Palma… that hopefully he would have some inkling of a conscience, maybe intervention by a higher power, maybe God, and come out and tell us exactly what he did with her.”

In an interview, the girl’s mother, Shannon Hazen, said her family is still hoping to find the remains.

“In terms of bringing her home, of course we want that,” she told KFOR. “I just believe in bigger for her, so still very hopeful. Still holding for that. Still prayerful about it, and that’s where I’m at.”

He was serving life in prison without parole.

Her faith and family have played critical roles in her life.

Clabes said there are many details that are unknown in the case.

“I’m still curious as to events that occurred that night from the time he made a decision to abduct her, to what happened that evening, to what happened to her body and what he did with her,” he told KFOR. “Perhaps he [Palma] told someone. But, perhaps someone he knows, maybe he told somebody. So, our plea to the public is, if he did… come forward, let us know.”

According to The Charley Project, Kirsten was last seen at her house on the 1100 block of Jet Drive in Midwest City, Oklahoma.

“Authorities have stated they think Kirsten was harmed by someone close to her, possibly a relative, as they don’t believe a stranger would have been able to carry her out the window and over the fence without a struggle or any noise. Several individuals close to her failed polygraphs after her disappearance but there was insufficient evidence to charge anyone,” said the website.

Palma knew the victim because he was dating her older sister.

“He was not charged in the case due to lack of evidence,” the Charley Project website said. “In 1998, a woman who lived with Palma accused him of drugging her and raping her; he wasn’t charged in that case either, however.”