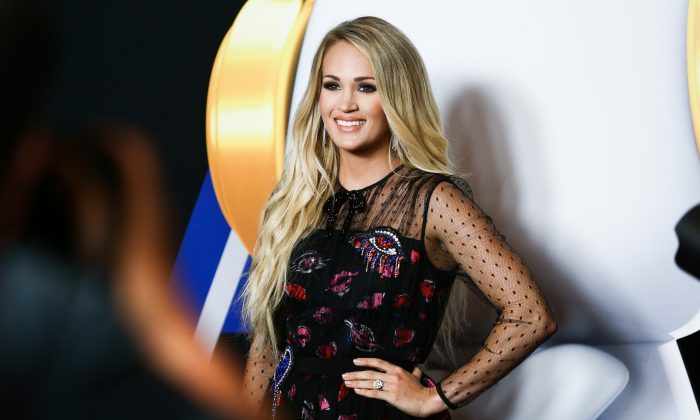 Carrie Underwood About Son’s Reaction to Second Baby: Not Sure If He’s Ready

Singer Carrie Underwood revealed that she’s not sure if her 3.5-year-old son Isaiah is completely ready to be a big brother during the Tonight Show Starring Jimmy Fallon on Sept 13.

Underwood, 35, was asked by Fallon about if Isaiah understands that he’s going to be an older brother.

“I don’t think for real he does,” she answered.

However, the singer said Isaiah is so loving that he likes to “talk to my belly and kiss my belly.”

“He’s the sweetest little boy. But no kid can really know that their life is going to change,” she said. “He’ll just have to share Mommy.”

During the show, Fallon also asked Underwood if she tried to get an opinion from their son for the upcoming brother’s name.

“He wants to name everything his name, because he thinks that’s special,” Underwood laughed.

Underwood also shared her opinion on becoming a mom of two in August, saying it’s “going to be a different ball game,” according to the Tennessean.

Underwood announced her second pregnancy last month along with her new album’s release.