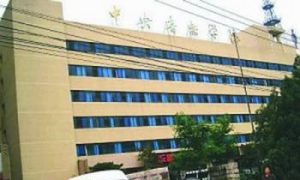 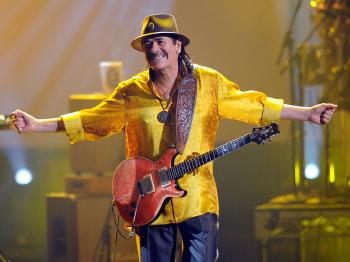 Although the weather was a little wet, the couple did not let the rain ruin their big day.

"The weather was kind of iffy, so we said, 'Let's just do it inside,' " Santana, 63, told People. "Because no matter where we did it, the sun was shining."

"Rain represents mercy," adds Blackman, 51. "It couldn't have been more beautiful. … My favorite part of the ceremony was when we washed our hands in a bowl of rainwater.”

The couple hosted 180 guests, including Herbie Hancock, Wayne Shorter, and comedian George Lopez, according to People.

Blackman, a jazz and rock drummer best known for her work with Lenny Kravitz, wore a silk dress from Zoro for the ceremony.

The couple now lives in their new residency at The Joint at the Hard Rock Hotel and Casino Las Vegas.

Before this marriage, Santana was married to Deborah Santana for 34 years, whom he had three children with, according to Hispanic media Excelsior.