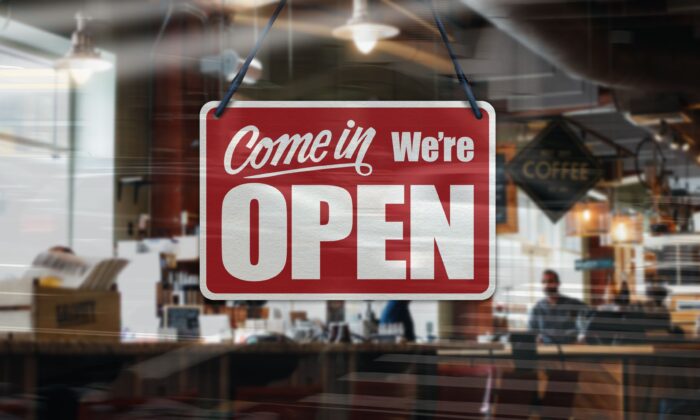 Among the many challenges small businesses have faced so far this year, taxes and regulations remain the hardest pills to swallow, according to the Canadian Federation of Independent Business (CFIB).

Small businesses have seen a series of policy hurdles sent their way recently—from increases in Canadian Pension Plan contributions and the minimum wage to carbon taxes and red tape, says the organization, which has over 110,000 members.

“On average, the year has not started out well,” CFIB chief economist Ted Mallett said in an interview.

“Small firms have had a series of policy challenges sent their way recently. Increases in C/QPP premiums, carbon taxes, and minimum wage levels have altered the cost structures of many businesses and they have had to search for ways to cope,” he said.

“Recent changes to tax rules on businesses have also caused many to have to readjust their long-term investment strategies.”

Mallett notes that although every small business is different, “taxes and regulations have always been the chief complaints of owners.”

In January, the Canada Pension Plan (CPP) and Quebec Pension Plan (QPP) contribution rates increased for the second year in a row, leaving small businesses with already razor-thin profit margins even less room to manoeuvre, according to an article by CFIB chief executive Dan Kelly on the organization’s website.

January 2019 saw a CPP contribution rate increase of  0.15 percent of employment earnings, specifically between $3,500 and an earnings limit that’s adjusted annually. Then January 2020 saw an additional 0.15 percent increase. Both are part of a multi-year schedule to phase in a 1 percent hike by 2023, raising the contribution rate to 5.95 percent from the 4.95 percent rate in place before 2019, and a new limit increase by 2025.

“Once the rates and the threshold limits are fully raised, employers will be paying up to $1,100 more per employee per year,” Kelly writes. “Employees will face the same, and the business owner will pay up to $2,200 more on the income they draw from their own business.”

According to CFIB surveys, business owners will have to freeze or cut wages as a result of these taxes and will also have less capital to reinvest in order to grow their businesses.

The organization maintains that the CPP “is much less flexible than other types of retirement savings, like tax-free savings accounts or registered retirement savings plans,” and it has been fighting the increases.

The Cost of Red Tape

Government regulations and red tape have long been and remain a major hurdle for small businesses in Canada. Not only are owners expected to be aware of and in compliance with all regulations from all levels of government—which are often hard to find to begin with—government customer service is often poor.

The federal government expects to spend some $1.5 billion over the next five years to help small and medium-sized businesses adapt to carbon pricing. According to Yves Giroux, Canada’s parliamentary budget officer, the majority of households in Saskatchewan, Manitoba, Ontario, and New Brunswick will receive rebates larger than the amount they actually pay toward the tax.

But this becomes another burden on small businesses, says Kelly in another CFIB article.

“Canadian small and medium-sized companies, along with municipalities, universities, school boards, and hospitals, will pay nearly 50 percent of the billions in new carbon tax revenues, while they will be eligible for just 7 percent back in grants and rebates over the next five years,” he writes.

Although large companies will also pay according to their own pricing schemes and rebates, “many of them will have a huge portion of their emissions exempted from the carbon tax,” he adds.

The government has justified the policy by telling small businesses they can pass on the extra costs to consumers. However, it’s seldom a matter of simply raising prices, Kelly notes.

“In fact, in a recent CFIB survey, 80 percent of firms said they would be able to pass less than a quarter of the cost along to customers, with over half saying they expect to be able to pass on zero in the short to medium term. Instead, many will be forced to absorb a majority of the new costs, limiting their ability to hire new staff, raise wages, or invest in new technology.”

“Small business owners feel they are being taken for granted and treated unfairly by the federal backstop plan,” Kelly says. “If reducing Canada’s carbon emissions is everyone’s responsibility, why is government exempting much of the emissions from the big guys and rebating individual Canadians more than they actually pay?”