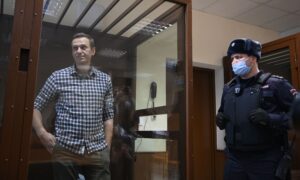 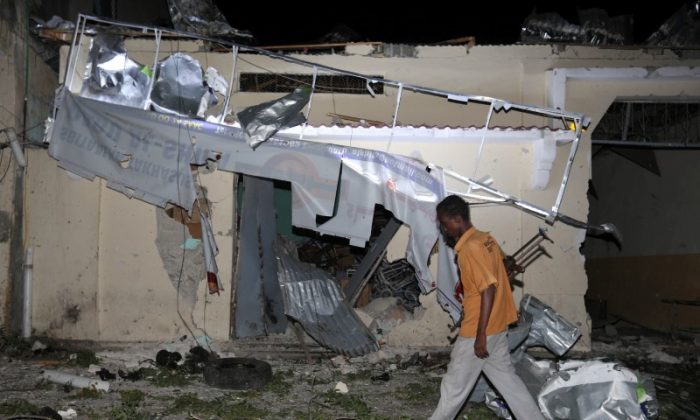 A local security guard walks past the scene after an explosion outside Darishifa hospital in Mogadishu, Somalia on Aug. 4, 2017. (REUTERS/Feisal Omar)
International

Car Bomb Kills at Least One in Center of Somali Capital

MOGADISHU—An explosives-laden car blew up in the center of Somalia’s capital Mogadishu on Friday, killing at least one person and injuring another, police said.

The vehicle was parked next to a hospital in a busy road that is flanked by several hotels.

There was no immediate claim of responsibility, though the radical Islamic terrorist group Al Shabaab has launched frequent attacks in the city.

“So far, I have seen one dead civilian. She was a woman. One man was also injured,” Mohamed Hussein, a police officer, told Reuters.

Al Shabaab is waging an insurgency to overthrow the Western-backed government and drive out African Union peacekeepers in a bid to take over the country and impose its strict interpretation of Islam.

The group ruled over large parts of the nation in the Horn of Africa until 2011, when it was driven out of Mogadishu by the peacekeepers and Somali troops.