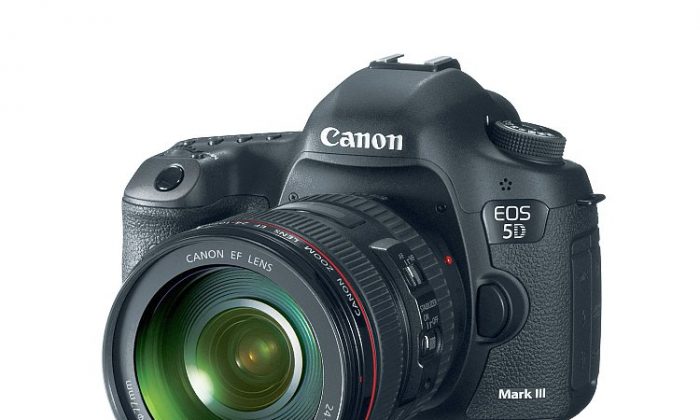 Upgrades on the digital SLR (DSLR) camera seem to have hovered mainly around video. It also has improved video recording from the last model, which Canon states are for professionals in television and filmmaking—including better noise reduction (less grain), the ability to record longer shots, and a built-in headphone jack to make sure the audio is right.

For video recording, users have a few options to choose from. The EOS 5D Mark III builds on the Mark II’s video features. It can capture full, 1080p high definition (HD) video at close to 30 frames-per-second, or 720p HD at close to 60 frames-per-second. It also has a new H.246 compression format to make post-production work faster, intraframe compression that is better for editing, and interframe compression for better data storage.

Canon calls the EOS 5D Mark III its “answer to hundreds of thousands of advanced amateurs and emerging professionals looking for a compact, high-quality camera system to help them achieve their artistic vision, whether it be through still or video imagery,” according to a press release.

Its release aligns with the company’s 25th anniversary of its EOS camera system. The autofocus system, standing for “Electro-Optical-System,” debuted in 1987.

Its sensor and processor have also been upgraded, which, “significantly reducing moir‚ and color artifacts in scenes with horizontal lines,” according to Canon.