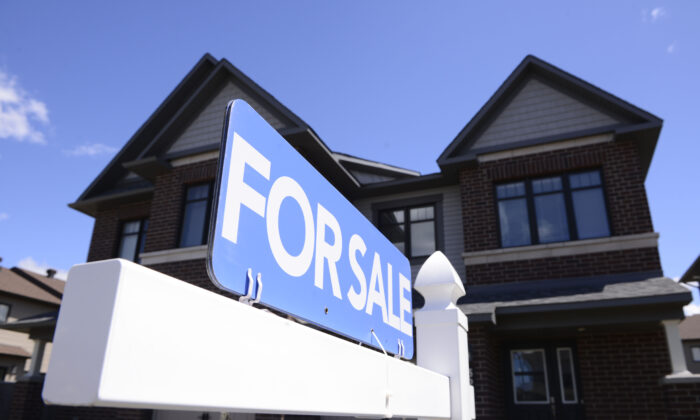 A new home is displayed for sale in a new housing development in Ottawa on July 14, 2020. (The Canadian Press/Sean Kilpatrick)
Canada

Canadian Home Sales Fall for 5th Month in a Row, Down 29% From Last July: CREA

The Canadian Real Estate Association says home sales fell for the fifth consecutive month between June and July, but the latest drop was the smallest of the five.

Excluding the typically heated Greater Vancouver and Toronto Areas from the calculation cuts $104,000 from the national average price.

CREA chair Jill Oudil says such numbers are the continuation of trends that have been unfolding for several months and will result in sidelined buyers re-entering the market to find more selection but not as much as they may have expected.

She says new listings in July totalled 73,436, down six per cent from last July and on a seasonally adjusted basis, down five per cent from June.