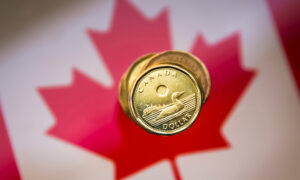 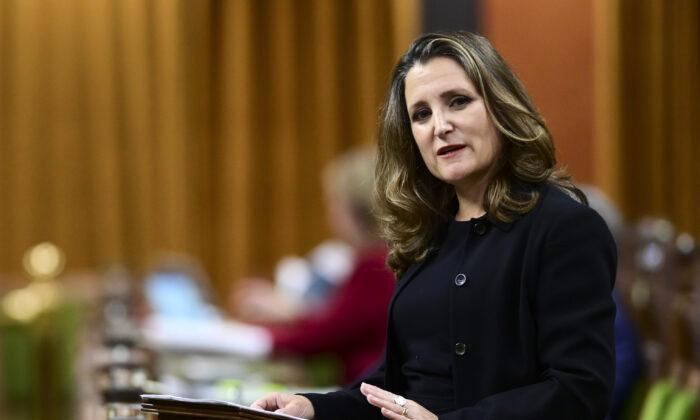 Minister of Finance Chrystia Freeland delivers the 2020 fiscal update in the House of Commons on Parliament Hill in Ottawa on Nov. 30, 2020. (The Canadian Press/Sean Kilpatrick)
Viewpoints

Canada’s Spending Is out of Control

Canadians need to wake up to the fallacies of wokeness

In the wake of Ottawa’s recent economic update, with our deficit at $381.6 billion and rising—an astounding figure when you consider the entire national debt had been $721 billion only a year ago—it’s clear we need more responsible spending.

Harper could be aloof, but as prime minister he showed keen intelligence and common sense on fiscal matters. Even Brian Mulroney, with all his Irish charm, could be very difficult at times, the late MP Lee Clark told me. High office does that to you; it’s called quality control.

I worked for Stephen Harper as one of his MP’s aides and was one of the party “family.” Harper was recognized as one of the top two brains in any room, say what you like about him. He loved hockey, his family, and Canada, and he would not have run up a $400 billion deficit, shackling unborn Canadians and future governments to today’s excesses, even in the current circumstances.

The opportunity costs are staggering. Across Canada, cities and towns are besieged by thousands of homeless people. Our highways and bridges need money. Our military is ill-equipped to deal with any serious threat to our physical security, and this is a growing concern.

With China’s ascendance and military aggressiveness in the South China Sea and elsewhere, its Trojan horse spy rings and crippling pandemic that originated on its soil and then spread around the globe, and its hostage-taking and growing belligerence, war is probably part of China’s long-term plan.

Canada is so far in hock at this point, however, that we can’t even afford new rifles, let alone a proper restoration of our depleted armed forces. Scarier still, as Terence Corcoran points out in the Financial Post, is that by 2025 the federal debt will almost double from $721 billion last year to $1.4 trillion.

“That means the debt increases $650 billion, the result of piling it on for four more years after this year’s $381-billion extravaganza,” he writes.

Furthermore, the engine we’ll need to help pay for all this, the oil and natural gas industry, has been crippled by the same people who emptied the treasury.

Former finance minister Jim Flaherty would find such spending ghastly. A parliamentarian highly regarded, even loved, by friends and foes alike, Mr. Flaherty, who I chatted with about the need for greater emphasis on trades and less on the humanities at a Christmas party eight years ago this month, died April 10, 2014, at the age of 65. He was a gentleman and a stickler for responsible spending, even if he didn’t always balance the budget.

As Corcoran further points out, “Canadians will eventually realize they have a national government in Ottawa that is woke but broke. And it is broke because it is woke.”

The tremor you just felt was generations of Canadians, who struggled to eat and save coins during the Great Depression, and who lived in sod huts on the early Prairies, rolling over disgustedly in their graves at news of this profligacy. Among them are prime ministers—Macdonald, Laurier, Borden, King, St. Laurent, and Pearson—who believed they’d let us down when budgets on their own watch were overspent by millions, not hundreds of billions.

Yes, some pandemic measures were necessary, but they should have been carefully targeted and limited. Vaccines are in the works; the end always was in sight.

When did thrift become so repugnant? And who approved such excess?

Thrift fell out of favour with the rise of the “progressive” left, whose disciples fill the professorial chairs at most universities where they indoctrinate the young to despise capitalism and Canada, certain that “social justice” will only arrive when socialist governments spend their way to nirvana. The fallacies in this thinking are too numerous to detail here, and I have covered them in past columns. The spending was approved by cabinet and MPs under duress to comply. It’s why former finance minister Bill Morneau resigned; he wasn’t really in charge and he couldn’t stomach it anymore.

While Opposition Leader Erin O’Toole can be expected to oppose the fall economic statement when it is put to a vote, the leaders of the NDP and Bloc Quebecois will likely decide to support it rather than go to the polls.

Of equal concern is that this is not the end of the excess. “Pandemic spending is just the start,” as Kelly McParland notes in the National Post. “Freeland hinted broadly that her first budget next year will continue the process, with big new debt-financed new federal commitments for national daycare and pharmacare plans, any one of which would previously have been deemed ambitiously expensive. Now we’re to get all three.”

National daycare will further undermine the role of the traditional family, in which a mother or father stays at home to care for the children—a loving parent rather than a stranger. Fact: most mothers in past generations would never have permitted their children to be raised by strangers. Plato was first to espouse this notion, and it’s as faulty now as it was 2,400 years ago.

Erosion of the family as a pillar of our society is one of this country’s problems, and we will continue to pay for this—both as a society and individually—for many years to come. Other factors besides daycare will be blamed for the ensuing delinquency, drug dependency, break-ins, violence, and suicide, but we all get our start, for better or for worse, in our childhood years. They shape us.

It’s not too late to turn this bus around.

Prodigal leaders can be replaced.

Good sense can still prevail. But it will take a majority of us to wake up—and put wokeness in the dustbin of history, where it belongs.

Brad Bird is an award-winning reporter and editorial writer based in British Columbia.