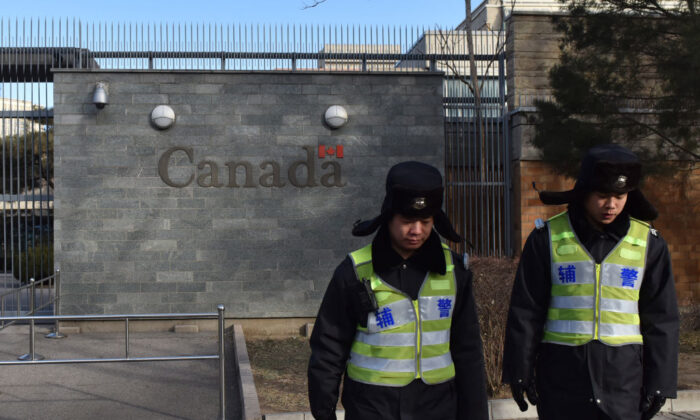 Canada’s newly appointed envoy to Beijing says there are many different human rights issues when it comes to China, and she will not shy away from shining the spotlight on such issues during her time as ambassador.

Jennifer May, who has worked as a diplomat for 30 years, told the the Toronto Star on Sept. 22 that as well as the abuses against Uyghur Muslims in Xinjiang, “there’s a lot of other human rights issues that we have concerns about, whether it’s Falun Gong, whether it’s Christians, whether it’s a situation of people in Tibet.”

Prime Minister Justin Trudeau announced May’s appointment as Canada’s ambassador to China on Sept. 23, after the position was left vacant for almost a year. Her predecessor, Dominic Barton, left the position last December, a few months after Canadians Michael Kovrig and Michael Spavor were released from having been arbitrarily detained by Beijing for over 1,000 days.

In regard to Beijing’s tightening control in Hong Kong, May told the Star that Canada is “really concerned” that the regime is abandoning its commitments it agreed to when the British colony was returned to Chinese rule in 1997. She said “the ‘One Country-Two Systems’ needs to be respected, as well as the Hong Kong basic law that Canada has a stake in,” as some 300,000 Canadians currently reside in the city.

May was posted to Hong Kong in 1998, after which she served in the Canadian mission in Beijing until 2004. She joined the Department of External Affairs in 1990, and most recently served as Canada’s ambassador to Brazil starting in 2019.

May said Canadians’ view of China has not been favourable in recent years, but the Canada-China relationship nevertheless remains important.

“[W]e have to deal with a China that is here in front of us,” she told the Star. “There are absolutely things where we will fundamentally disagree, and we’re going to push back and we need to be doing that.”

Throughout his tenure as ambassador, Barton championed closer Canada-China ties, even while Kovrig and Spavor were behind bars in China as Huawei CFO Meng Wanzhou’s extradition hearings continued in Vancouver.

Barton is a former executive of the global consulting firm McKinsey & Company, which began doing business in China in the 1990s. He established extensive experience and relationships in China while at McKinsey, acting as the Asia chairman from 2004 to 2009 at the company’s base in Shanghai.

Following the release of Kovrig and Spavor, Barton called for a rekindling of the Canada-China relationship in an exclusive interview with the Chinese Communist Party’s propaganda mouthpiece Global Times, saying that the “major emotional issue is now off the table.”

John McCallum, who served as Canada’s envoy to China before Barton, came under fire for providing legal arguments to Chinese-language media reporters in defence of Meng. He said at a press conference on Jan. 22, 2019, that Meng had a strong case in fighting extradition to the United States, adding that her extradition “would not be a happy outcome.” McCallum’s remark was widely seen as a political interference by a government official in a case that is before the courts.

On Jan. 26, Trudeau said in a statement that he had asked McCallum to resign.

Critics of Barton and McCallum had called on the Liberal government to appoint an ambassador that could better present the interests of Canada and its people.

Former Conservative Leader Erin O’Toole told The Epoch Times in a previous interview that McCallum and Barton were not effective in the position because of their friendly terms with Beijing.

This summer, Guy St-Jacques, Canada’s envoy to China from 2012 to 2016, called on Ottawa to take a stronger stance against the communist-led regime.

“It is high time for the government to adopt a much firmer attitude with China. It’s the only language that China respects. It calls for concerted action [that] has to take place among like-minded democracies to counter China,” St-Jacques said at a conference on June 3.