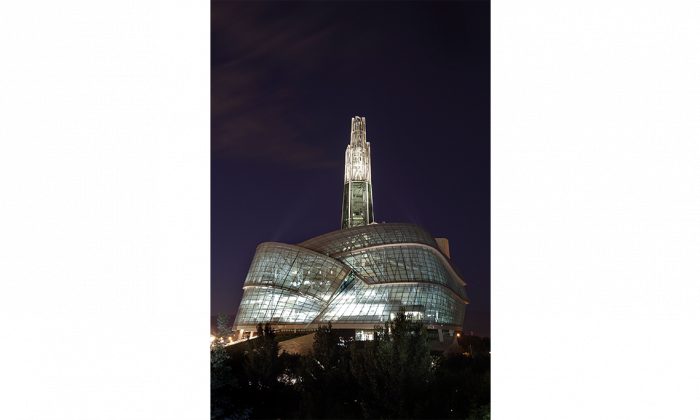 A night view of the Canadian Museum For Human Rights in Winnipeg, Sept.16, 2014. Canada’s libraries, museums, art galleries, and other memory institutions are lagging behind the rest of the world when it comes to preserving their digital archives, according to a new report. (The Canadian Press/John Woods)
Canada

Canada’s libraries, museums, art galleries, and other memory institutions are lagging behind the rest of the world when it comes to preserving their digital archives, according to a report released Feb. 4.

Canada was once a global leader in digital archiving but has let that reputation fall by the wayside in recent years, says an expert panel assembled by the Council of Canadian Academies.

Other countries, including the Netherlands and the United States, have allowed memory institutions to join forces to pool their vast resources. Those countries are also better at identifying and sorting valuable information that might have otherwise remained useless.

“What we used to do was maintain these records in folders and boxes in print archives. We don’t have those mechanisms anymore,” said Colleen Cook, a member of the expert panel and dean of libraries at McGill University.

“And if information is only digital and it’s lost, or if it is in such a form that we can’t get to the specific information that we need, then the memory of a time is potentially very vulnerable.”

Creating digital equivalents of all the content in towers of boxes is a complicated undertaking, the 208-page report acknowledges. Government agencies, libraries and other institutions with extensive archives will have to navigate a thicket of rules concerning privacy, copyright infringement, and other types of legislation.

Still, the report concludes that Canada’s memory institutions have more similarities than differences in terms of their technical capabilities and overall goals. It concludes that Canada has the knowledge and technology infrastructure to regain a place among the world leaders in preserving information.

One of the report’s key recommendations is that memory institutions start collaborating with others. This could involve libraries combining their archives into one master catalogue, galleries teaming up with external companies to digitize art collections, or museums enhancing their own collections by crowdsourcing extra information.

The report highlights several successful examples of collaboration. One involved the U.S. Library of Congress launching a project with the photo-sharing platform Flickr.

The partners created a site dubbed the Commons, which allowed the public to enhance existing photos in the library’s collection by tagging people or adding other contextual information. In the six years of its existence, the Commons now features photo collections from more than 80 memory institutions that have now been able to benefit from public knowledge.

Cook said the success of such efforts highlight the need for Canada to follow suit.

“Those who are obvious leaders … need to work as a group, own the problem, and decide that we’re going to do something about it—not simply talk about all the reasons why we can’t do something,” she said.

Canada does have some success stories. The Canadian Astronomy Data Centre currently collects and stores archives for major observatories around the world, including the Hubble Space Telescope.

Another website, Canadiana.org, is home to a portal of information on all aspects of the country. The site currently allows users to browse 65 million pages of data from 40 memory institutions.