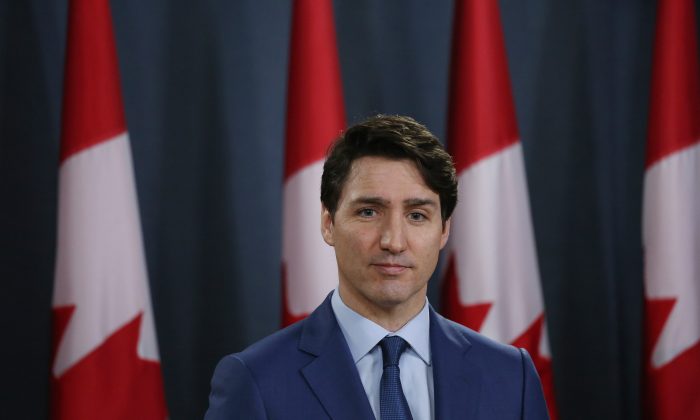 Canada’s Liberal Party Generates a Tempest in a Thimble

The ongoing Liberal Party self-evisceration has the secondary level fascination for a U.S. observer of watching a slow-motion train wreck.

The Liberal Party implosion was prompted by senior Liberals efforts to alleviate potential legal or economic penalties against iconic, Quebec megacorporation SNC-Lavalin. Legal action contemplated by the Canadian juridical system could have resulted in harsh penalties against senior SNC-Lavalin leadership and prohibition of the firm from bidding on federal contracts for 10 years—not a death blow, but very heavy restrictions for having reportedly bribed Qadhafi-era Libyan officials to award them contracts.

Read More
Prosecutorial Independence and the Rule of Law in Canada

The alternative, the equivalent of a “plea bargain,” would have SNC-Lavalin admit guilt and pay major financial penalties but leave them free to operate.

The Justice Minister has authority to direct the lesser punishment if, as it appeared, the legal authorities planned to move strongly against SNC-Lavalin. However, then Justice Minister, Jody Wilson-Raybould, the first female aboriginal to head the Justice Ministry, was disinclined to do so—and resisted increasingly less subtle efforts by senior Liberal functionaries up to and including PM Trudeau, to persuade her otherwise.

The thinly obfuscated, “she-said; he said,” “misunderstanding” explanations all but evaporated when Wilson-Raybould was demoted to Veterans Affairs in a cabinet shuffle. Shortly thereafter she resigned from Cabinet—and was followed by Treasury Board head Jean Philpott, who mixed both solidarity with Wilson-Raybould and personal dissatisfaction with Trudeau’s governing approach.

Circumstances were bad enough when two “star” female MPs abandoned Trudeau’s highly touted, super pro-feminist administration. And became even worse when Wilson-Raybould released a tape recording (legal in Canada if one of the parties knows of the taping), demonstrating beyond doubt that she had been pressured to compromise her principles.

Liberals reacted in full hissy-fit mode: they could no longer trust Wilson-Raybould as a Liberal; she engaged in betrayal, and immoral, back-stabbing behavior; she was the equivalent of the “wicked witch of the West.” Ostensibly responding to the (presumably orchestrated) clamor, Trudeau expelled her from the caucus and jettisoned Philpot for good measure. Additionally, he denied them the right to run as Liberals in the forthcoming November election.

The Conservative and socialist parties are in full cry demanding investigations and Trudeau’s scalp and resignation (fat chance). With the pile-on, and the scent of blood in the water, the media is having visions of literary awards lambasting Trudeau/Liberals for betraying Canada’s unique national stature by acting akin to a third-world banana republic.

And while re-election was projected as a “cake walk,” the Liberals now stand a good chance of losing in November, despite uninspiring Opposition parties (preternaturally bland Conservatives and Socialists unable to connect with “severely-normal” Canadians outside Toronto).

Although Canada is a full-fledged, rule-of-law, free election democracy, at times its political parameters could have been constructed on Mars—so alien are they to U.S. corollaries.

Ottawa’s government is the traditional executive/legislative/judicial model; however, in real terms the Executive all but totally dominates the Legislative. The PM can expel any MP of his party and, since individuals require PM consent to run under the party label, totally controls who is a party member. Party discipline is such that virtually any PM-introduced legislation is passed.

This is “to die for” authority in the eyes of a U.S. President. Every U.S. congressman/senator is an independent actor—a free agent to support leadership, or not—and must be persuaded/bribed to support any critical action.

With Canadian-style control, “Obamacare” would have been quickly eliminated and a replacement equally quickly installed. A well-funded southern border “wall” would be under construction. “NAFTA II” would be in effect. The U.S. government would have announced comprehensive immigration restrictions and revised environmental regulations.

And John McCain would have been prohibited from running as a Republican in Arizona.

Moreover, a sitting member of Congress must resign his or her seat before accepting a Cabinet appointment. And if fired, they do not regain a seat without being reelected. No soft landing such as a return to Parliament for Wilson-Raybould/Philpott.

Perhaps even more puzzling is the SNC-Lavalin kerfuffle. For the United States, such activity is the norm. The “K Street” cottage industry of high-powered, high-paid lobbyists is replete with experts at influencing desired outcomes for clients. To be sure, there are rules and limitations, and the witting skate closely to them to avoid blatant illegality, but a lobbyist must be egregiously greedy or unlucky to attract juridical attention.

Thus, in contemporary Washington terms, SNC-Lavalin’s parameters are not even garden-variety lobbying. Ottawa’s peregrinations don’t qualify as “tempest in a teapot,” but are more akin to a tempest in a thimble.