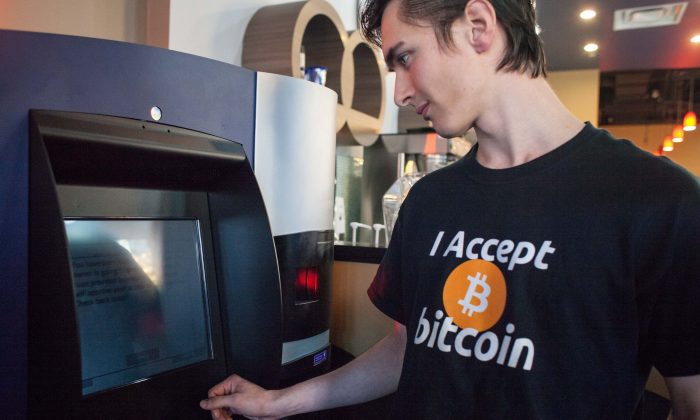 Canada’s first Bitcoin “gift card” was launched this week in Edmonton, the aim being to make it easy for first-time buyers who want to invest in the digital currency but don’t know where to start.

A card retails for $55.50, which redeems $50 in Bitcoin (at market rate) on CoinTap’s website. An individual can redeem up to $1,000 in cards per day—the equivalent of about one Bitcoin.

“Once you’ve redeemed your Bitcoins at Cointap.co, you can buy things with Bitcoins, trade them, sell them, hold onto them as an investment, or keep them in your electronic wallet for a rainy day,” says Bitcoin Ventures president Ashley Fulks, who co-founded the company last year.

Bitcoin is a decentralized payment network that runs on the Internet and does not require a third-party middleman such as a bank, PayPal, or Visa. It generates and uses Bitcoin as a currency, which can be exchanged for virtually any other kind of money.

The crypto-currency—once sidelined to the outer reaches of the tech world—started making mainstream inroads in 2013. Users say it offers privacy from government intrusion and lowers transaction costs (about 1 percent vs. 2-4 percent for most major credit cards).

It also affords long-term protection of loss of purchasing power from inflation because Bitcoins are finite—only about 21 million will ever be released.

Critics, however, say Bitcoin is a speculative currency that is highly volatile and prone to crashes and bubbles. It also cannot be recovered if stolen or lost, making it vulnerable to hacking and cyber-attacks. Because it is untraceable, the currency has been used in Internet black market transactions such as for weapons or drugs, making it controversial.

The world’s first Bitcoin ATM went online last year at a Vancouver coffee shop. The price for the currency has risen more than 400 percent since that time—hitting highs above $1,200 last month.

“We believe Bitcoin is going to change the world in a good way by creating new markets and technologies to solve problems,” says Fulks. “We are excited that Canada is so Bitcoin-friendly. We are getting a leg up on our competition by being the first to operate in Canada.”

Selling items for Bitcoin is an emerging trend on websites such as Kijiji or Craiglist, where private sellers seek payments in the currency over cash, although some will accept either.

Last year, an Alberta man made headlines when he put his $400,000 house on the market for 5,750 bitcoins, while a Metro Vancouver woman recently advertised her used car for 8 bitcoins—about $7,280, or $910 per Bitcoin.

The currency is also being traded at an increasing number of brick-and-mortar stores in Canada and around the world. Vancouver-based Bitcoin Co-op, an advocacy group that offers Bitcoin tutoring and business consultation, supports a diverse membership of businesses including coffee shops, tech dealers, restaurants, personal trainers, dentists, and travel agents.

“A growing number of businesses are accepting Bitcoin for payment,” says the co-op’s website.

“Why wouldn’t they, when it’s cheaper than other electronic payment methods and exposes them to an enthusiastic market of technologists and idealists who are eager to spend their Bitcoins in the local economy?”

Online retailers are also jumping on the trend.

On Jan. 9, major U.S. retailer Overstock.com became the largest merchant in the world to accept Bitcoin as payment. On the first day, sales reached US$126,000 in Bitcoin.