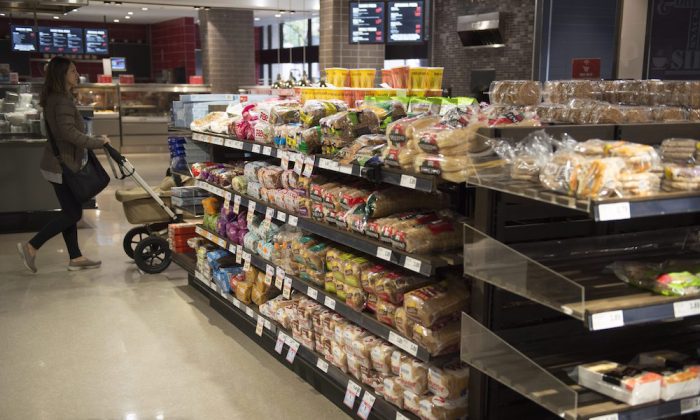 Investors in major Canadian grocers appear unfazed after the Competition Bureau raided the offices of certain companies in a criminal probe tied to alleged price fixing of some packaged bread products. (The Canadian Press/Doug Ives)
Companies

TORONTO—An investigation by the Competition Bureau into allegations of price fixing of packaged bread products comes as demand for the pantry staple faces pressure from health-conscious consumers and heightened competition from discount retailers.

He also noted that the bread industry has been in “turmoil” as consumers look for healthier or artisan versions of the food staple, while increased competition from discount retailers also puts pressure on prices.

The Competition Bureau said on Oct. 31 that the Ontario Superior Court in Ottawa granted search warrants “based on evidence that there are reasonable grounds to believe that certain individuals and companies have engaged in activities contrary to the Competition Act.”

Bureau spokeswoman Marie-France Faucher said it was conducting the searches and gathering evidence to determine the facts, but that there has been no conclusion of wrongdoing at this time and no charges have been laid.

Shares of Canada’s major grocers were little changed on Nov. 1, a day after several confirmed they were aware of and co-operating with the probe.

Loblaw Companies Ltd. and George Weston Ltd. released a joint statement late on Oct. 31 confirming they were aware of and co-operating fully with an industry-wide investigation, but declined to comment further. Metro Inc. also put out a statement saying the investigation concerns certain suppliers and Canadian retailers, and that it was fully co-operating.

Canada Bread said in a statement: “It has been informed it is included in an industry-wide investigation by the Competition Bureau into pricing conduct dating back to 2001. The company is co-operating fully.”

A spokesman for Walmart Canada said on Nov. 1 that it is providing “full co-operation” to the bureau and it “takes its legal obligations very seriously.”

Canada’s Competition Act prohibits agreements that “prevent or unduly lessen competition or to unreasonably enhance the price of a product,” according to the bureau.

That could include agreements between competitors to fix prices, or to restrict production of a product by setting quotas or other means would be considered cartel activities. Penalties for price fixing could include fines of up to $10 million, imprisonment to a maximum term of five years, or both.

However, the bureau says price-fixing conspiracies are, by their nature, difficult to detect and prove.

“Suspicions and evidence of identical prices are not enough to prove a criminal offence,” the bureau says on its website.

The Competition Bureau has in recent years examined price-fixing or deceptive pricing of a variety of products, including e-books, mattresses, and chocolate.