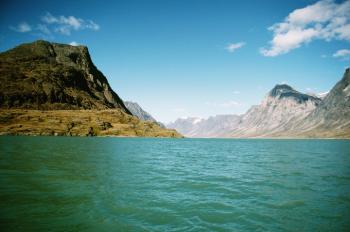 A study says it’s time Canada got ready to export its fresh water in the face of a looming water crisis in the United States. (Photos.com)
US

Water, Water Everywhere—or Is There?

By Joan Delaney
Print
A Montreal think tank has released a study urging Canada to look seriously at developing its “blue gold,” saying large-scale water exports would be a “wealth-creating idea” for Quebec and Canada as a whole.

The idea, however, is not without significant controversy and opposition.

The Montreal Economic Institute (MEI) says if Quebec were to export 10 per cent of its one trillion cubic metres of renewable fresh water per year at 65 cents per cubic metre (the current cost of seawater desalination), it could generate $65-billion a year in gross revenue.

Even if the province were to charge a royalty of only 10 per cent, it would add $6.5-billion a year to government coffers, which is about five times the dividend currently paid by Hydro-Québec.

Since Canada boasts eight per cent of the world’s freshwater reserves, it is in a position to help regions that are experiencing “water distress,” the study says.

“Here in Canada we have this huge amount of fresh water, so what I’m claiming in this study is let’s cool down and let’s look at this resource from an environmental, ecological, economic and technological point of view,” says Marcel Boyer, author of the study and MEI vice president and chief economist.

If a proper regulatory framework were defined, Quebec, which has 3 per cent of the planet’s fresh water, could take the lead in water exports with Canada following suit, says Boyer.

Quebec uses just 0.5 per cent of its renewable water reserves a year, compared with 18.9 per cent for the United States.

With a water crisis looming in parts of the U.S., it is only a matter of time before our neighbours to the south start looking across the border for additional supplies, he says, and we should be ready.

“We would be under tremendous pressure and I don’t think people are going to let us just sit there…. What we say is that possibly 10 or 15 years from now the pressure from the U.S. Midwest is going to be so huge that they’re going to do it (divert water from the Great Lakes) without our permission.”

A number of groups have taken issue with the MEI study, including the Council of Canadians which has opposed bulk water exports for years.

Brent Patterson, director of campaigns with the council, says the study failed to take into account a recent Environment Canada report which indicates that the country’s freshwater reserves might not be nearly as plentiful as once thought.

An April report by the Polaris Institute had similar findings, saying that Canada may only have as little as 2.6 per cent of the world’s freshwater supplies.

“There hasn’t been the proper mapping of water or groundwater in Canada so we don’t really know how much we have, so exporting up to a trillion cubic metres of water isn’t a wise step to be taking,” says Patterson.

He also questions MEI’s estimate of how much money could be made, citing a 2005 federal government study which found that the high cost of transporting water would eat heavily into profits.

While Boyer says water would only be traded “in full respect of environmental constraints,” according to the Council of Canadians there is already ample evidence that draining massive amounts of water from lake and river basins “disrupts local ecosystems, damages natural habitat, reduces biodiversity and dries up aquifers and underground water systems.”

“It is a pie in the sky plan that doesn’t foresee the environmental consequences or the economic consequences for Canada. It’s a theoretical economic approach that is based on incomplete assumptions about the negative consequences of such a plan,” he says.

Scarpaleggia says he’s suspicious of the MEI study, coming as it has from an organization “with strong ties to the Conservative government.”

Former Foreign Affairs Minister Maxime Bernier was the executive vice president as well as one of the founders of the non-profit organization before becoming a cabinet minister.

“You have to wonder if this is being orchestrated by the Conservatives to create debate around this issue that could put pressure on policy makers, on provincial governments, to lift their prohibitions against the export of water.”

In the absence of a national water policy, Scarpaleggia has called on the government to appoint a minister responsible for water who would work with the provinces to establish agreements aimed at prohibiting bulk water exports.

He has also introduced a bill that would see rules come into effect across the country preventing large-scale displacements of freshwater. This, he says, would get around NAFTA, which many believe could eventually force Canada to sell its water.

Boyer contends that “the absence of prices and markets leads to waste, entails a less efficient economy and keeps people unaware of the value of water.” He says a “realistic fee structure” on water would prompt consumers to use the resource more responsibly.

According to the Polaris Institute report, 17 per cent of America’s large cities and 24 per cent of its medium-sized cities will be experiencing critical water shortages within a decade.

However, Canada is facing its own water scarcity, the Prairies being one of the hardest hit regions. A University of Alberta study found that the South Saskatchewan River has dropped 80 per cent, the Old Man and Peace Rivers have declined 40 per cent while the Athabasca River is down 30 per cent.

Water levels in the Great Lakes have also dropped to record lows, and the lakes’ water quality is threatened by toxic contamination. Twenty per cent of Canadian municipalities have experienced water shortages in recent years as well.

Recognizing that water is essential to life, the MEI study says fears that turning water into a business that would eventually be overexploited could be calmed “if a legal and regulatory framework is established. Regardless of the fuss, it is not necessary to prohibit trade in water.”

Boyer emphasizes that in his scenario, it must be ensured that enough water is kept in reserve “for our own needs down the road.”

But Patterson says that if the Alberta oil sands are anything to go by, market demands will pile on the pressure to increase exports.

“There is ever-increasing pressure and agenda to export five times the amount that’s coming out of the tar sands right now…. To think that once we open the door to water exports that we’d be able to manage that through regulations is really a fallacy.”