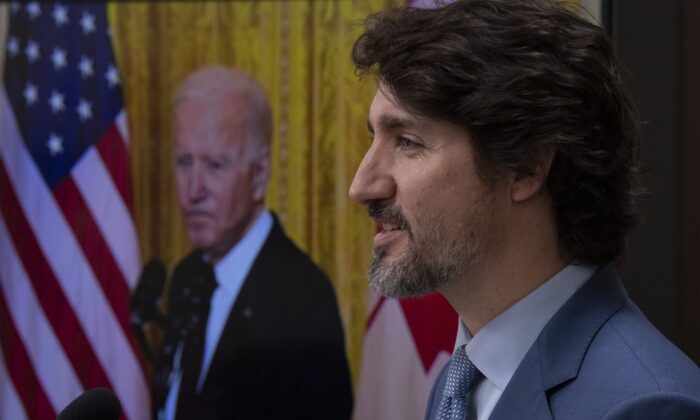 Canada and the United States have started talking about ways to make it easier for law enforcement officials in either country to navigate stringent privacy laws when investigating criminal activity.

The two countries have started working towards an agreement that would compel internet service providers to hand over private data when it’s deemed to be part of an investigation.

The framework for the talks is the Clarifying Lawful Overseas Use of Data Act, or CLOUD, passed in the U.S. in 2018 in an effort to ease access to evidence while protecting civil liberties.

It’s the first meeting of the forum in a decade, resurrected by the Canada-U.S. “road map” for bilateral co-operation agreed to last February by Prime Minister Justin Trudeau and President Joe Biden.

“Such an agreement, if finalized and approved, would pave the way for more efficient cross-border disclosures of data between the United States and Canada so that our governments can more effectively fight serious crime, including terrorism,” Garland said in a statement.

“By increasing the effectiveness of investigations and prosecutions of serious crime … we seek to enhance the safety and security of citizens on both sides of the U.S.-Canada border.”

Mendicino and Lametti took part in the talks along with Garland and Homeland Security Secretary Alejandro Mayorkas.

A summary of the meeting says they discussed working together to defend against ransomware attacks and to “freeze and seize” Russian assets as part of North America’s economic countermeasures against Vladimir Putin’s ongoing invasion of Ukraine.

Foreign policy experts have been warning for weeks that U.S. efforts to sanction Russia would likely lead to a ramp-up in foreign cyberattacks on American infrastructure, a possibility Biden himself flagged publicly on Monday.

“My administration has issued renewed warnings that, based on evolving intelligence, Russia may be planning a cyberattack against us,” Biden told business leaders.

“The magnitude of Russia’s cyber capacity is fairly consequential, and it’s coming.”

The four leaders also talked about efforts to push back against human trafficking and smuggling across the Canada-U.S. border, as well as plans to target the flow of illegal guns between the two countries.