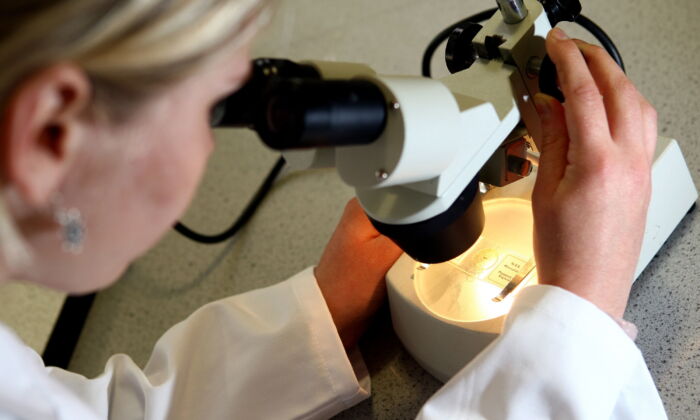 The Public Health Agency of Canada is working with provincial and territorial partners across the country to investigate cases of acute severe hepatitis in children not caused by known hepatitis viruses such as A, B, and C. (David Davies/PA)
Canada

Three new cases of acute severe hepatitis in children not caused by known hepatitis viruses have been reported, adding up to a total of 10 cases confirmed in the country as of May 20, the Public Health Agency of Canada says.

Hepatitis is a disease that leads to liver inflammation and is most commonly caused by hepatitis viruses A, B, and C. In acute cases, it can quickly progress to liver failure over a few days or weeks, according to a PHAC statement.

“Acute severe hepatitis in children is a rare condition in Canada, and in many cases, an underlying or contributing cause is not known,” the agency said, adding that some types of hepatitis can be treated and most cases recover.

PHAC said these cases not caused by known hepatitis viruses have been reported by the World Health Organization since early April 2022. On April 23, the WHO said that as of April 21, at least 169 cases of acute hepatitis of unknown origin have been reported in 11 countries, including the United States, Israel, and several European countries.

Among the 10 cases confirmed in Canada, three were reported in Alberta, two in Manitoba, four in Ontario, and one in Quebec. The children were between the ages of 1 and 13, who became sick between Nov. 3, 2021, and April 23, 2022.

All of the children were hospitalized, and two have required a liver transplant. No deaths have been reported.

The agency said it doesn’t know at the moment whether there has been an increase in new cases of unknown acute severe hepatitis in children over the recent period of time, and is analyzing hospitalization data to determine the number of cases that is normally seen in Canada.

“PHAC is working closely with provincial, territorial, and international partners to further investigate any reported cases of acute severe hepatitis in children not caused by known hepatitis viruses,” the agency said.

Investigations into the cause of illness are being carried out in a number of countries. One speculated cause is adenovirus–a common virus that PHAC said typically causes cold or flu-like illness or gastroenteritis. It also noted that WHO has ruled out side effects from COVID-19 vaccines as possible causes, as the vast majority of affected children were too young to receive a COVID-19 vaccination.

PHAC advised parents to look out for symptoms of severe acute hepatitis in children, which may include fever, vomiting, nausea, loss of appetite, abdominal pain, dark urine, fatigue, jaundice (yellowing of the skin or eyes), and light-coloured stools.