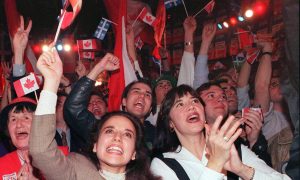 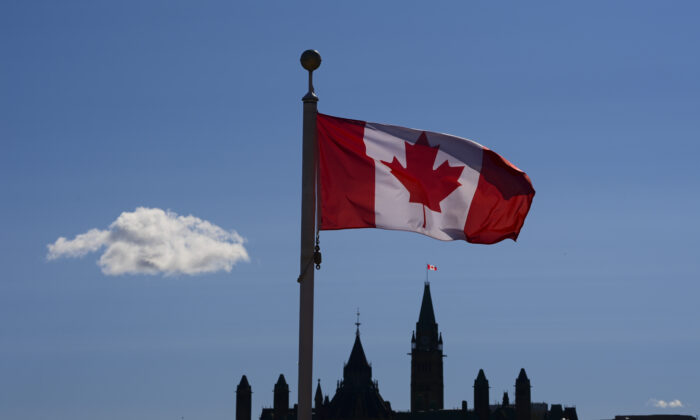 Canada was found to have the third-best “nation brand” ranking for the second consecutive year, a new survey reveals.

Canada ranked third out of 50 countries in the 2020 Anholt-Ipsos Nation Brands Index (NBI), published by the pollster on Oct. 27. Germany took the first spot, with the United Kingdom coming in second.

The ranking results came from over 20,000 online interviews from respondents aged 18 and up among 20 countries. The survey gauged perceptions of the 50 nations measured from July 7 to Aug. 31, according to Ipsos.

Respondents rated the countries based on their perception of six different categories: exports, governance, culture, people, tourism, and immigration/investment.

“This year, Canada’s reputational strengths are on the People and Governance categories—driven by positive opinion about the welcoming nature of Canada’s people and the competence and honesty of its government,” said an Ipsos release announcing the results.

“Conversely, Canada’s relative brand weaknesses are on the Exports and Tourism categories—particularly on the perception of contribution to science and technology and its historic buildings.”

In each dimension measured, an index is created so that the results can be used to create an overall NBI score to compare the countries’ rankings. Canada topped the list in three categories: governance, people, and immigration/investment.

Canada ranked relatively weaker in the exports category, coming in fifth behind Japan, the United States, Germany, and the United Kingdom. Canada managed to stay in the top 10 for both tourism and culture, with respondents expressing a desire to visit the country, but was perceived as being weaker on cultural heritage and historic buildings.

Meanwhile, Germany continued to retain the number one spot for the sixth time. Respondents generally had a positive perception about purchasing German products, investing in German businesses, and employability.

China saw a sharp decline in its ranking from 23rd last year to 35th this year. The perception toward Beijing’s governance, people, tourism, and immigration/investment dropped significantly, according to the survey.

Other notable changes were the United States’ dropping from sixth place last year to 10th this year, and France’s ranking declining by three positions from second place in 2019 to fifth place in 2020.

Notable improvements can be seen for Australia and New Zealand as they jumped by two positions in the NBI. Australia moved from the 10th to 8th position while New Zealand from 14th to 12th place.

The survey reveals that both countries fare positively in how people perceive their governance, people and immigration/investment, which suggests “the manner in which both of these nations have approached the challenges imposed by the COVID-19 Pandemic are reflecting positively on these nations’ leadership, infrastructure, and societal values.”

According to Ipsos, the data in the survey was weighted to reflect demographics such as gender, age, and education.