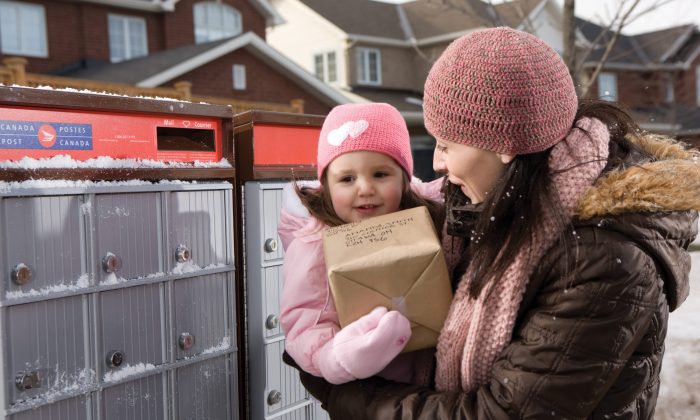 OTTAWA—While most MPs are back in their ridings, a few have remained in Ottawa to look at Canada Post’s controversial decision to cut home delivery for five million households across the country.

Canada Post executives say the move is necessary to save costs in the face of shrinking letter mail volumes. Critics charge it is a short-sighted solution that ignores the hardships seniors and others will face getting their mail.

But Canada Post CEO Deepak Chopra downplayed those concerns at an emergency meeting of the transport committee on Wednesday.

Chopra suggested seniors will appreciate the exercise they get walking to the community mailboxes that will replace home delivery.

The change was announced after Parliament closed for the holidays, preventing MPs from questioning the decision in the House of Commons and raising allegations Canada Post executives timed the announcement to save the government having to address the issue in question period until after Parliament resumes in late January.

Besides replacing home delivery with community mailboxes for all Canadians, Canada Post will also raise individual stamp prices to $1. Critics charge that increasing prices and reducing service will further weaken the Crown corporation and could be precursors to privatization.

Denis Lemelin, president of the Canadian Union of Postal Workers, told the transport committee that the move would make Canada the only country to completely eliminate door-to-door delivery.

Before heading into the committee to share his views with MPs, Lemelin told reporters the union was gearing up for war.

Lemelin blames a Conference Board of Canada report that projected Canada Post would be losing $1 billion by 2020 for sparking panic that led to the announced changes.

Lemelin and others say the fact that Chopra is also on the board of that organization raises questions about its impartiality.

“The Conference Board is a right wing think-tank and they want to protect big corporations,” he said.

NDP critic for transport and infrastructure Paul Dewar said the government needs to hear from Canadians how the change will impact them.

“This is a very radical move and they think they can just go and cut service and raise rates without any kind of accountability,” he said.

Dewar said Chopra’s ties with the Conference Board are problematic.

“Canada Post is looking now at a situation where they are already not viable and have to make some changes. They are looking at the best way to do this,” said Van Loan.

He compared the changes to a move in Toronto that required home owners take their garbage to the curb like most people do instead of having the garbage man come to the side of their house.

“For most Canadians in the country, already they’re getting their mail through super boxes,” he added.

Van Loan said taxpayers are having to supplement the current prices Canada Post charges for letter mail, and declining volumes will make the problem worse.

Critics say increased parcel delivery due to online shopping will help counter that trend and that Canada Post should look for other ways to close future deficits.