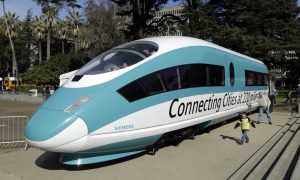 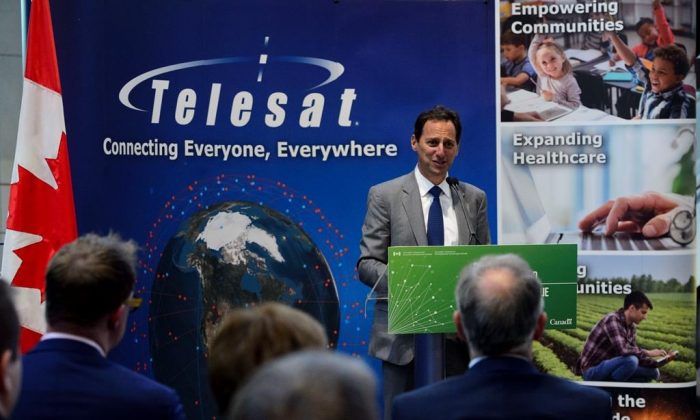 OTTAWA—The federal government is investing $85 million into the development of an advanced satellite technology that could expand access to affordable, high-speed internet across Canada’s hard-to-reach rural and remote regions.

The funding will support a space project by Ottawa-based company Telesat to build a group of co-ordinated satellites—also known as a constellation—in low Earth orbit.

The government also announced Wednesday a memorandum of understanding with Telesat to signal, pending further negotiations, that Ottawa intends to commit up to $600 million over a decade for privileged access to the company’s constellation.

“In communities across Canada there continue to be challenges accessing high-speed Internet,” said Economic Development Minister Navdeep Bains as he announced the new commitments.

“Just think of the economic opportunities that will be unlocked in Canada’s rural and remote communities with reliable access to high-speed internet.”

In March, the federal government earmarked between $5 billion and $6 billion over the next decade for a plan to connect 95 percent of Canadian homes and businesses to high-speed internet by 2026. It also set a target of 100 percent connectivity throughout the country by 2030.

Telesat’s new partnership with the federal government is expected to bring in $1.2 billion in revenue for the company over 10 years.

The company says it will launch highly advanced satellites into low Earth orbit, which is about 1,000 km from the surface of the planet and much closer than traditional satellites.

The company launched the first such satellite last year. The full constellation will eventually include 298 satellites that will “seamlessly integrate with terrestrial networks,” Telesat says on its website.

Under the agreement, Telesat is expected to create 175 new high-skilled jobs and maintain another 310 positions in Canada. It will also invest $215 million into research and development over the next five years and promote science and technology education.

In its spring budget, the Liberal government said low-Earth-orbit satellite capacity would be part of its $1.7-billion vow to help rural and remote areas in Canada gain access to reliable, high-speed internet service.

The $85 million announced Wednesday will be funded through the government’s strategic innovation fund.

Other companies have announced bigger plans using similar technology: Amazon is behind a 3,200-satellite project; entrepreneur Elon Musk’s SpaceX has a vision for a 12,000-satellite network. Satellites in low orbit can provide much faster, more responsive digital services than ones in high orbit that are available already, but it takes far more of them to cover the same area.

In addition to the development of low-orbit satellite technology, the government plan also includes funding aimed at encouraging more private-sector spending on rural high-speed internet and better co-ordination among provinces and territories.

The budget also announced the federal infrastructure bank would seek to invest $1 billion over the next decade as a way to attract $2 billion in additional private investments towards expanding connectivity.