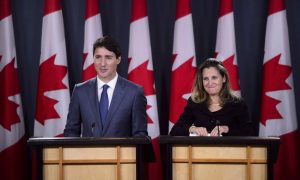 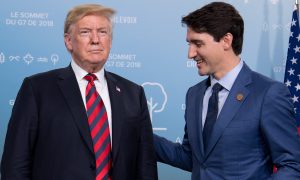 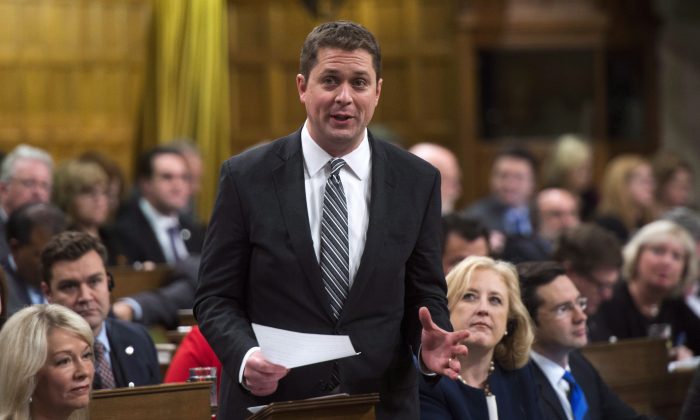 Conservative Leader Andrew Scheer responds to a question in the House of Commons on Parliament Hill in Ottawa on Dec. 12, 2017. (The Canadian Press/Sean Kilpatrick)
Canada

Conservative Leader Andrew Scheer is visiting Washington this week to form a united front with the Liberal government and help promote the benefits of the North American Free Trade Agreement.

He will lead a delegation of Tories who will meet with U.S. officials, including U.S. Transportation Secretary Elaine Chao.

Scheer’s spokesman Jake Enwright says that before the trip the Tories asked the Liberal government about key messages it wanted the delegation to deliver to their American counterparts.

“The goal of this trip is to do our part in putting up a united front in the protection of Canadian jobs that are created by NAFTA,” Enwright said.

Virtue and Moir to carry flag at Pyeongchang Olympics

Virtue, 28, and Moir, 30, made their Olympic debut eight years ago on home ice in Vancouver, where they captured a gold medal and became household names.

They skated to a silver medal four years ago in Sochi. The duo say they will retire after the Games in Pyeongchang.

A new survey suggests a third of Canadians can’t pay their monthly bills, including debt repayments, against a backdrop of rising interest rates.

The quarterly MNP consumer debt index survey finds the number of Canadians who can’t cover their fixed monthly expenses is up eight points since September. It also finds Canadians who are making ends meet have 15 percent less money left over after paying bills than in the previous quarter.

The survey says Canadians worried more about their debt as the Bank of Canada raised its benchmark interest rate twice last year and is expected to continue the momentum in 2018.

The federal government’s plan to hike excise taxes on beer every year will result in consumers paying more for the alcoholic beverage and business owners investing less in their operations, says an industry association fighting the change.

The industry is already grappling with high taxes, said Beer Canada, a trade association for the country’s major brewers. These future increases, which will be tied to inflation, will only exacerbate the challenges it’s facing and possibly accelerate the slowing of beer consumption in Canada, the organization says.

Explorers map out cave believed to be deepest in Canada

A member of a team of explorers has reached a record depth in a cave near Fernie, B.C., that is believed to be the deepest in Canada.

The cave has so far been measured at 5.3 kilometres in length and 670 metres deep—more than 200 storeys below the ground. Project leader Jeremy Bruns puts that in perspective by noting that the CN Tower in Toronto is just over 550 metres tall.

Bruns says it’s fascinating that there is a lot of the plateau left to explore and the cave could go down as far as one kilometre.