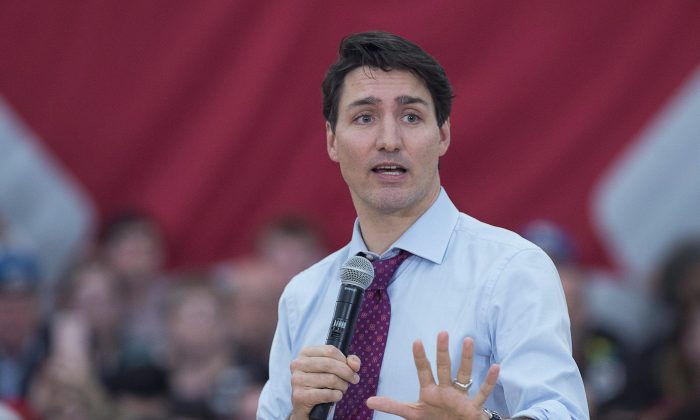 Prime Minister Justin Trudeau is suggesting security officials raised no red flags when his office arranged last month for him to meet freed hostage Joshua Boyle and his family.

Trudeau met with Boyle, his American wife, and their three children in the prime minister’s Parliament Hill office on Dec. 18. He told a Halifax radio station on Jan. 9 that the advice of security officials was followed.

On Dec. 30, Ottawa police laid 15 criminal charges against Boyle, including eight counts of assault and two counts of sexual assault.

It is not clear if Boyle was under police investigation at the time of the meeting and Trudeau did not address that issue.

The CRTC is being urged to hold a public inquiry into the sales practices of the country’s major telecommunications service providers.

Lawford focused on a CBC investigation that suggested older adults are especially vulnerable to accepting services that they may not want, or to accept free trials that will become billed services unless cancelled.

Former interim Conservative leader Rona Ambrose says the leaders of political parties must deliver a clear message, particularly to men, that sexual misconduct will not be tolerated on Parliament Hill.

Ambrose agrees with Green party Leader Elizabeth May that young political staffers and interns are most vulnerable to harassment because they could be fired without cause and fear political ramifications of raising concerns.

She says she encouraged staff to raise concerns directly with her about misconduct, adding she remains worried that things like party loyalty may be barriers for women on the Hill who seek to speak up.

A Chinese ban on most foreign recycling material is leaving some Canadian municipalities with stockpiles of papers and plastics, much of which may eventually end up in the dump.

The ban is also driving down the revenues cities make off their recyclables because the competition to find a company able to take the materials is stiff.

China used to be the main recipient of the world’s recyclable plastics and papers but has now stopped accepting almost all foreign materials, leaving Canadian cities in the lurch.

Calgary, for example, has amassed 5,000 tonnes of material over the last few months that it can’t find anyone else to take.

Driverless cars could be coming soon to Ontario roads

Ontario drivers could soon find themselves motoring along the highway next to a car with no one in the driver’s seat.

The province’s Liberal government is proposing to change the rules of its 10-year automated vehicle pilot project to allow for driverless testing.

Currently, the testing of fully autonomous vehicles is only allowed with a driver behind the wheel, but the government is seeking public comment on a proposal to scrap that requirement.