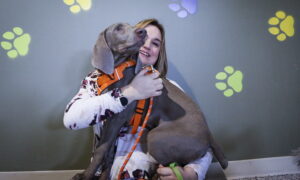 Canadians Urged to Include Pets in COVID-19 Emergency Plans
0 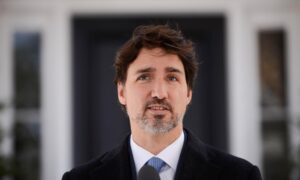 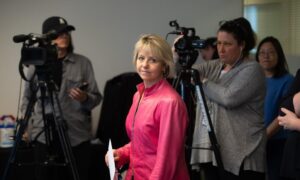 BC Leads Canadian Provinces in ‘Flattening the Curve’
0 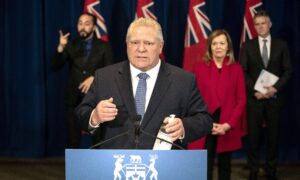 Regulation or Free Market: Finding the Right Policy to Deal With Price-Gouging
0 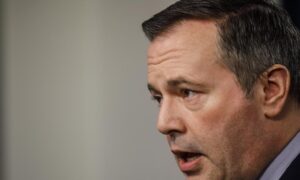 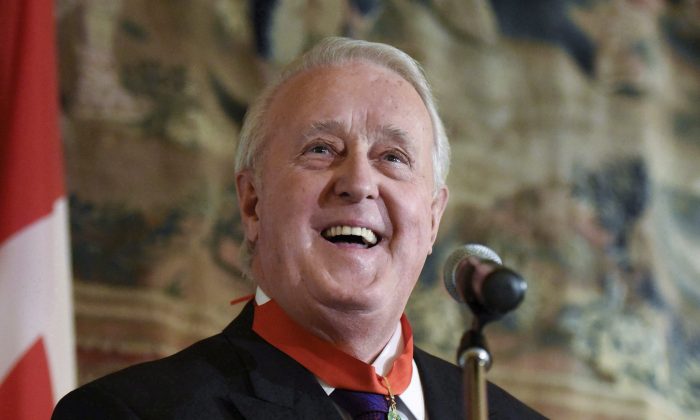 Former Canadian prime minister Brian Mulroney during a reception after receiving the insignia of Commander of the National Order of the Legion of Honour from the Embassy of France, on Dec. 6, 2016, in Ottawa. (The Canadian Press/Justin Tang)
Canada

TORONTO—Former prime minister Brian Mulroney says the federal government may face a “rough negotiation” when it comes to NAFTA, but he believes Canada will nonetheless emerge with strong ties to the United States and Mexico.

Speaking before the Canadian Council for the Americas on Feb. 21, Mulroney said U.S. President Donald Trump may be unorthodox, but he’s smart and disciplined and will surprise many.

Mulroney, who has been friends with Trump for years, said he felt Canada’s case “was advanced enormously” by Prime Minister Justin Trudeau’s meeting with the U.S. president last week.

One of the architects of NAFTA, he said he doesn’t believe Canada will throw Mexico “under the bus” as efforts to renegotiate the agreement get underway, as some have suggested.

Speaking at a Canadian Mental Health Association conference in Vancouver, Perry Kendall said too often patients are sent back and forth between the two fields and told to fix their other problem first.

Kendall said it is inaccurate to say Canada’s treatment system is broken because that implies there was a system to begin with.

The federal government has approved the sale of ground beef that has been treated with radiant energy similar to X-rays.

Health Canada says irradiated ground beef products must be labelled as such.

The Canadian Cattlemen’s Association has been asking Health Canada to approve ground beef irradiation since 1998. The association says it will take time to provide the ground beef to consumers and supply will depend on demand.

OTTAWA—A report commissioned by the Department of Canadian Heritage suggests that the federal government find new ways to boost Canadian content in a digital world, opening the door to potential new taxes or levies to help struggling producers.

But the report, based on consultations conducted by Ipsos Public Affairs, doesn’t contain specific recommendations for funding mechanisms.

The consultations, launched in September, involved tens of thousands of participants through in-person events and the web.

There were calls to review the mandates of the Canadian Broadcasting Corporation and the country’s broadcast regulator, the Canadian Radio-television and Telecommunications Commission.

The heritage department says the discussions will help support Canadian endeavours, noting it plans to launch a so-called policy toolkit for creative industries this year.

MONTREAL—A teacher from northern Quebec is in the running for the prestigious US$1 million Global Teacher Prize.

The Varkey Foundation says Maggie MacDonnell has been named a top-10 finalist for the award, which will be handed out in Dubai on March 19.

MacDonnell, raised in rural Nova Scotia, was chosen from among 20,000 initial nominations and applications from 179 countries. She has taught for six years in the remote Nunavik region, where she has championed a healthier lifestyle and worked with a municipality to build a fitness centre that is open to adults and local schools.

MacDonnell also started a running club to keep kids motivated and has worked to improve the plight of girls in the region.