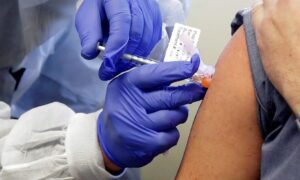 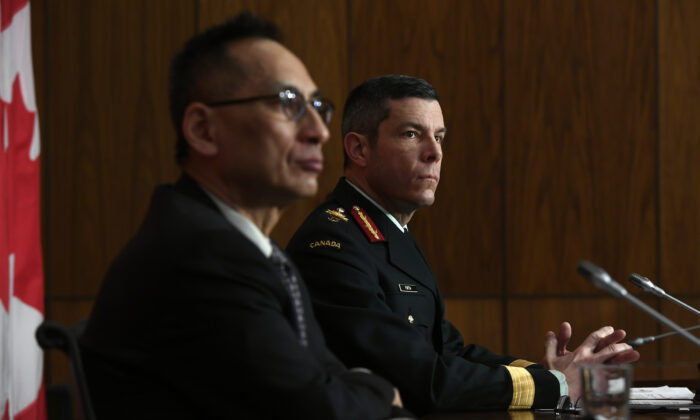 Canada Facing Limited COVID-19 Vaccines, but Expects to Receive One Million Doses a Week in April

Government officials say Canada is currently facing a limited supply of COVID-19 vaccines to distribute and vaccinate at scale, but the country can expect to receive over one million doses a week starting April.

Canada’s COVID-19 logistics team is facing challenges helping provinces and territories “ramp up” their vaccination programs due to limited supplies of vaccines on hand, said Maj.-Gen. Dany Fortin, vice president of Logistics and Operations at Public Health Agency Canada, on Thursday. But the team expects to receive more than a million doses of Pfzier and Moderna COVID-19 vaccines per week beginning in April.

“We have a scarcity of vaccines in the first quarter,” Fortin said at a briefing, adding, “we’ll have a big jump in the second quarter.”

Fortin also said that the federal government is finalizing negotiations with vaccine manufacturers on the delivery schedule. If things go as planned, they expect to have up to 6 million of both two-dose vaccines by March.

When asked about the availability of vaccines from other candidates such as AstraZeneca and Johnson & Johnson’s, Deputy Chief Public Health Officer Dr. Howard Njoo said those are still under review by regulators at Health Canada. As to the number of doses coming to Canada, Fortin said he couldn’t disclose the figures at this time due to confidentiality agreements with the manufacturers.

Questions on the efficacy of the vaccines if the second dose is delayed were also brought up during the briefing. Quebec has extended the interval to 90 days, beyond the approved schedule recommended by the manufacturers—21 days for Pfzier, 28 days for Moderna, in its effort to roll out the initial dose to cover as many Quebecers as possible as infected cases continue to surge in the province.

“Certainly all of the public health authorities in Canada are on the same page … We’re all committed to following the schedule … certainly the spirit of the schedule as recommended by the manufacturer[s],” Njoo said.

“There’s also realities on the ground” due to limited vaccine supplies, to which he referred to the recommendation proposed by the National Advisory Committee on Immunization (NACI), Canada’s national panel of vaccine experts, to delay the second dose up to 42 days, but beyond that “we really don’t know, there’s no data there,” he added.

However, the NACI stresses that every effort must still be made to complete the two-dose vaccines according to the recommended schedules as close as possible should any jurisdictions wish to implement rapid rollout of the first dose, and delay the second one for coverage.

Meanwhile, the Canadian Association of Emergency Physicians (CAEP), a national advocacy group for emergency physicians in Canada, has called on the federal government to provide more transparency about the prioritization and administration of the COVID-19 vaccine rollout plan.

“As front-line physicians, we see that many of our members, along with emergency department nurses, other ED staff, and paramedics have not yet been vaccinated, particularly those in outlying and scarcely resourced areas, where health human resources can be especially limited,” the CAEP said in a statement released Wednesday.

“At the same time as we are seeing vaccinations given to urban providers with much less or even no direct patient contact.”

“It is not always clear who is making the decisions and the rationale for prioritization,” said CAEP.

“Many front-line staff have been given no indication of when they can anticipate being vaccinated, nor if it will take weeks or months, increasing their stress while they provide acute care to the population.”

The CAEP urged the federal government to provide clear and specific descriptions for which groups are actually being prioritized, and why.