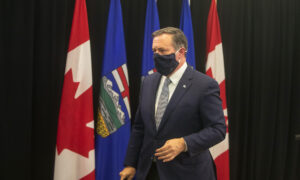 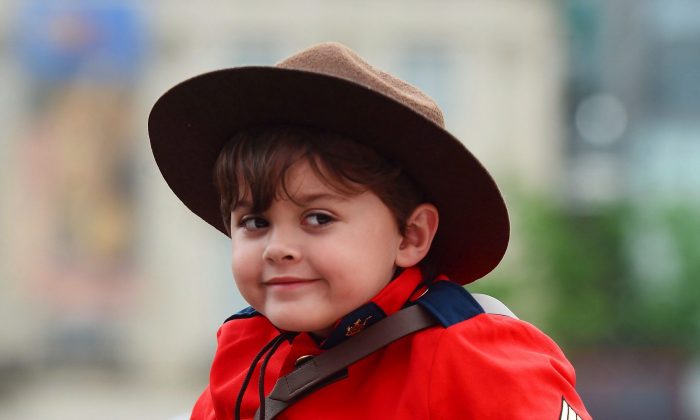 A youngster dressed like a Mountie takes part in the Canada Day celebrations on Parliament Hill on July 1, 2017. (The Canadian Press/Sean Kilpatrick)
Canada

Canada Days: Celebrating the shared heritage of all Canadians

People might expect Canada Day celebrations to be somewhat muted this year in the wake of last year’s spectacular festivities honouring the nation’s 150th birthday.

But we still have much to celebrate as Canada enters its 151st year, with the Department of Canadian Heritage’s “Celebrate Canada” program funding 1,100 community-based Canada Day events across the country.

“This year, our programming is centred on the themes of reconciliation, Canadian women, and Canada’s diversity and inclusion,” said Dominique Tessier, media spokesperson for the department.

“The festivities will kick off on June 30 at Major’s Hill Park in Ottawa and spread to Parliament Hill and the Canadian Museum of History on July 1,” she added.

Collectively known as Canada Days, the celebrations highlight three distinct strands of our national culture and emphasize that, woven together, they are the shared heritage of all Canadians.

The following is a snapshot of the Canada Days celebrations.

Originally known as National Aboriginal Day, it was renamed National Indigenous Peoples Day last year by the federal government. The name change was intended to mark the beginning of a new journey of reconciliation while reconstructing the relationship between the First Peoples and Canada’s later settlers.

June 21 falls on or near the summer solstice, which Indigenous Peoples have traditionally celebrated, according to Perry Bellegarde, National Chief of the Assembly of First Nations.

“Across the land, First Nations will gather and share in ceremonies and traditions that have been carried out for thousands of years,” he wrote in a Toronto Star op-ed marking last year’s celebrations.

On June 23, the Aboriginal Peoples Television Network broadcast “Indigenous Day Live 2018” from Winnipeg, Toronto, and Ottawa, an annual concert featuring some of the most recognized Indigenous artists in the country.

Celebrated as fête nationale in Quebec and by francophones across Canada, June 24 marks the birthday of St. John the Baptist. A traditional celebration brought to Canada by the first French settlers, it is associated with Canada’s national anthem.

On June 24, 1880, the people of Quebec City heard a new song, “O Canada,” composed by Calixa Lavallée. The occasion was a gathering of francophone communities from across North America organized by the Société Saint-Jean-Baptiste, a group that had commissioned the song. It became the official national anthem in 1980.

This year, on June 22, the World Trade Centre in Winnipeg produced a TV show broadcast from a live concert in Winnipeg with performances by francophone artists from all over the country.

Events were also held in over 20 municipalities across Quebec, including two in Montreal.

In 2002, a royal proclamation designated June 27 as Multiculturalism Day, “an opportunity to celebrate our diversity and our commitment to democracy, equality, and mutual respect and to appreciate the contributions of the various multicultural groups and communities to Canadian society,” according to the Canadian Heritage website.

This year’s Multiculturalism Day celebrations were also occasions to highlight the 30th anniversary of the Multiculturalism Act, enacted in 1988, making Canada the first country in the world where the principle is enshrined in law.

One such event on Parliament Hill was co-hosted by Arif Virani, the parliamentary secretary for multiculturalism, along with Senator Marilou McPhedran and the Pearson Centre for Progressive Policy, a think tank that advocates for policy built on economic success and social responsibility.

The speakers paid tribute to the architects of Canadian multiculturalism, reviewed steps in its implementation, and called for action to advance the vision of a truly inclusive society.

“The Multiculturalism Act was built on foundations laid by many people,” said Andrew Cardozo, the think tank’s executive director.

Gerry Wiener, the secretary of state for multiculturalism when the Mulroney government passed the legislation, was present at the event as a special guest.

“My family moved to Canada from Austria and Romania to escape the Holocaust,” Wiener said in an interview. “The Multiculturalism Act is a great tool to ensure that all Canadians are treated as equals.”

Deepak Obhrai, the longest-serving visible minority MP in Parliament, said, “Multiculturalism has changed the face of Canada, and now it has become our brand in the world.”

He humorously recalled times when he wasn’t recognized as a Canadian delegate at international events because of his ethnicity.

“Now that has changed, and more people are aware that Canadians come from many ethnic and cultural backgrounds,” he said.

For information on Canada Day events and activities across the country, please check the interactive map at: https://tabsoft.co/2tkXTMG