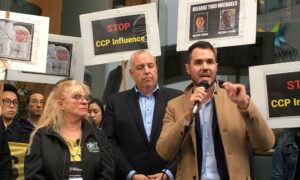 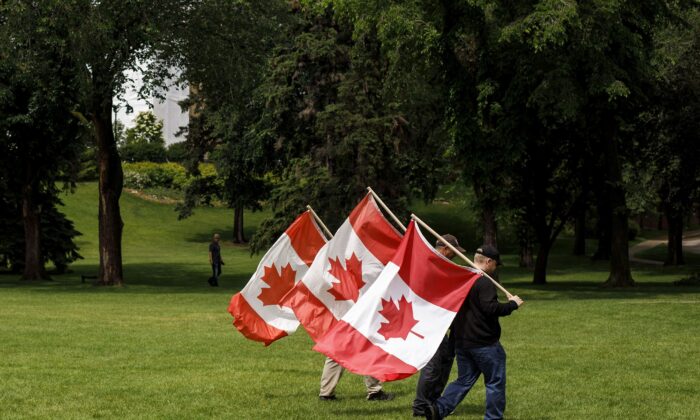 People carry Canadian flags through a park in Edmonton to celebrate Canada Day on July 1, 2020, when most celebrations were moved online due to the pandemic. (The Canadian Press/Jason Franson)
Viewpoints

Canada Day 2021: Do We Really Have Nothing to Celebrate?

A Google search of Canada Day 2021 might incline Canadians to believe that we no longer have anything to celebrate.

In the wake of the announcement of the discovery of the remains of more than 200 children at the site of a former residential school in British Columbia, the indigenous protest group Idle No More suggests all Canadians should recognize that our nation is deeply flawed.

Instead of a Canada Day celebration, Idle No More is calling on people to “honour all of the lives lost to the Canadian State – Indigenous lives, Black Lives, Migrant lives, Women and Trans and 2Spirit lives.” The group has protest rallies planned for several cities on July 1. Idle No More activist and hop-hop artist Dakota Bear told CTV News that “there’s so much work to do before the celebration comes.”

For those of us who have seen more Canada Days than we care to remember, the current woke rancour around the celebration of Canada’s founding can be a little difficult to embrace.

About a decade ago, iconic Canadian journalist Robert Fulford reminisced in a National Post piece about the July 1, 1967, celebration, which he called “the greatest Canada Day of them all.” Fulford pointed out that then, too, Canada and other nations of the world were not perfect places.

In Canada, Quebec separatists threatened to break up the country over the alleged injustices they had suffered under the British Empire and Canadian Confederation. While ordinary Canadians celebrated peace and progress, Quebec separatism appeared to be an idea whose time had come. Decades of unnecessary rancour between French and English Canadians followed.

South of our border in July 1967, only three years after the American Civil Rights Act was enacted, racial troubles in Detroit took the lives of 40 individuals. Some 159 riots broke out in cities across the country in the same year. Furious American Marxists migrated to Canada where they would have a significant influence within our academic culture and politics for decades to come.

In the Middle East, Egypt, Jordan, and Syria attacked Israel threatening to put an end to the Jewish State once and for all. The war lasted six days, leaving Israel with a military victory along with the burden of new territory that would complicate its position in the world up to the present day.

Elsewhere around the world, the Cold War between communism and democracy and the potential for an impulsive nuclear exchange had been in the back of our minds since the Cuban Missile Crisis.

The year 1967 was the 100th anniversary of Canadian Confederation, and none of the above dilemmas appeared to dampen the spirits of Canadians who turned out to celebrate.

The Expo 67 world’s fair in my hometown of Montreal provided a rousing venue for a national celebration that lasted throughout the entire summer. Close to the old Montreal Forum, a huge new beer garden with a Dixieland band became the local focus of excitement. Your Father’s Moustache welcomed visitors from across the country and around the world who joined Canadians in a nightly anthem of tribute to our national milestone. “Canada we love thee, Canada proud and free,” we sang!

To the best of my recollection, we temporarily put aside the challenges to national unity, lingering racial and class divisions, and fear of nuclear war. Instead, we chose to celebrate the worth of our inheritance. Native-born Canadians took real pleasure in recognizing the values and traditions of the country we inherited. New Canadians also took pride in celebrating the merits of the nation they had chosen as their own.

Celebrating the Virtues of Nationhood

In the new millennium, nationalism has fallen out of favour among members of our woke global establishment. In nations like Canada and the United States, progressive politicians, journalists, academics, entertainers, and corporate executives have come to deplore those who express pride in their country.

Post-nationalist Marxists, and the identity politics movements that support their vision of a tribal world order overseen by the genius of Beijing’s Neo-Maoist military empire, seek to destroy everything that is good and just about free countries like Canada.

Current elites may view global integration as the only way to achieve economic progress and moral decency, but common men and women are rediscovering the virtues of independent nationhood.

Britain’s 2016 vote to withdraw from the European Union, the election of Donald Trump by an “America First” movement, and the founding of the People’s Party of Canada on what amounts to a “make Canada great again” platform, were all achieved by patriotic citizens operating below the radar of our international “wokerati.”

It is just possible that ordinary Canadians who are striving to restore their personal freedoms and national sovereignty may have plenty to celebrate on Canada Day.