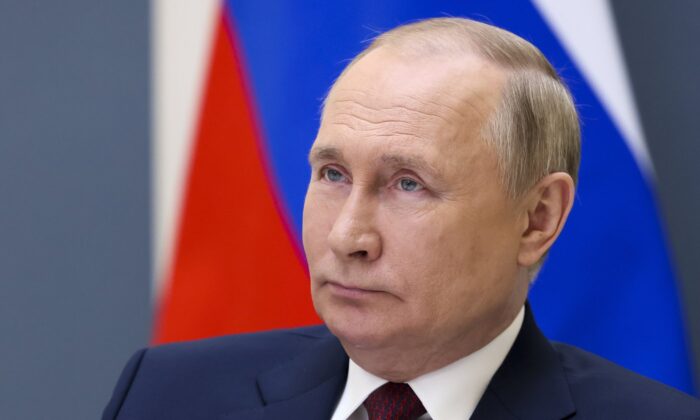 Russian President Vladimir Putin speaks in a video call with heads of states that are members of the Eurasian Economic Forum in Bishkek in Moscow, Russia, May 26, 2022. (AP/Mikhail Metzel/Sputnik/Kremlin/Pool)
Canada

Canada has imposed sanctions on Alina Kabaeva, who is reportedly the girlfriend of Russian President Vladimir Putin.

The former Olympic gymnast is one of 22 close associates of the Russian regime added to the sanctions list over the country’s ongoing invasion of Ukraine.

The United Kingdom sanctioned Kabaeva earlier this month and her name was also reported to have appeared on a draft list of individuals who could be sanctioned by the European Union.

At the time, Foreign Affairs Minister Mélanie Joly would not rule out making a similar move, saying Canada wanted to be in lockstep with its allies when it comes to imposing sanctions on people with ties to Putin.

The latest round of sanctions, which also include four financial institutions, came into force last Friday.

Canada has sanctioned more than 1,500 individuals and entities since Russia annexed Crimea in 2014.