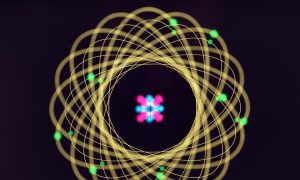 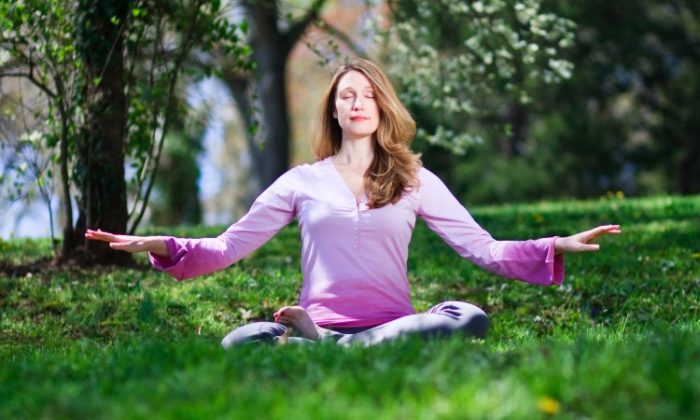 Do Our Thoughts Have the Power to Affect Reality?

“All that we are is the result of what we have thought. The mind is everything. What we think we become.” —Attributed to Gautama Siddhartha, the Buddha

According to Dr. Joe Dispenza, every time we learn or experience something new, hundreds of millions of neurons reorganize themselves.

Dr. Dispenza is known throughout the world for his innovative theory concerning the relationship between mind and matter. Perhaps best known as one of the scientists featured in the acclaimed 2004 docudrama What the Bleep Do We Know, his work has helped reveal the extraordinary properties of the mind and its ability to create synaptic connections by carefully focusing our attention.

Just imagine: In every new experience, a synaptic connection is established in our brain. With every sensation, vision, or emotion never explored before, the formation of a new relationship between two of more than 100 thousand million brain cells is inevitable.

Science used to believe that our brains were static and hardwired, with little chance for change. However, recent research in neuroscience has discovered that the influence of every corporal experience within our thinking organ (cold, fear, fatigue, happiness) is working to shape our brains.

If a cool breeze is capable of raising all the hairs on one’s forearm, is the human mind capable of creating the same sensation with identical results? Perhaps it is capable of much more.

“What if just by thinking, we cause our internal chemistry to be bumped out of normal range so often that the body’s self-regulation system eventually redefines these abnormal states as regular states?” asks Dispenza in his 2007 book, Evolve Your Brain, The Science of Changing Your Mind. “It’s a subtle process, but maybe we just never gave it that much attention until now.”

Dispenza holds that the brain is actually incapable of differentiating a real physical sensation from an internal experience. In this way, our gray matter could easily be tricked into reverting itself into a state of poor health when our minds are chronically focused on negative thoughts.

Dispenza illustrates his point by referring to an experiment in which subjects were asked to practice moving their ring finger against a spring-loaded device for an hour a day for four weeks. After repeatedly pulling against the spring, the fingers of these subjects became 30 percent stronger. Meanwhile, another group of subjects was asked to imagine themselves pulling against the spring but never physically touched the device. After four weeks of this exclusively mental exercise, this group experienced a 22 percent increase in finger strength.

For years, scientists have been examining the ways in which mind dominates matter. From the placebo effect (in which a person feels better after taking fake medicine) to the practitioners of Tummo (a practice from Tibetan Buddhism where individuals actually sweat while meditating at below zero temperatures), the influence of a “spiritual” portion of a human being over the undeniable physical self challenges traditional conceptions of thought, where matter is ruled by physical laws and the mind is simply a byproduct of the chemical interactions between neutrons.

Dr. Dispenza’s investigations stemmed from a critical time in his life. After being hit by a car while riding his bike, doctors insisted that Dispenza needed to have some of his vertebrae fused in order to walk again—a procedure that would likely cause him chronic pain for the rest of his life.

However, Dispenza, a chiropractor, decided to challenge science and actually change the state of his disability through the power of his mind—and it worked. After nine months of a focused therapeutic program, Dispenza was walking again. Encouraged by this success, he decided to dedicate his life to studying the connection between mind and body.

Intent on exploring the power of the mind to heal the body, the “brain doctor” has interviewed dozens of people who had experienced what doctors call “spontaneous remission.” These were individuals with serious illnesses who had decided to ignore conventional treatment, but had nevertheless fully recovered. Dispenza found that these subjects all shared an understanding that their thoughts dictated the state of their health. After they focused their attention on changing their thinking, their diseases miraculously resolved.

Similarly, Dispenza finds that humans actually possess an unconscious addiction to certain emotions, negative and positive. According to his research, emotions condemn a person to repetitive behavior, developing an “addiction” to the combination of specific chemical substances for each emotion that flood the brain with a certain frequency.

The body responds to these emotions with certain chemicals that in turn influence the mind to have the same emotion. In other words, it could be said that a fearful person is “addicted” to the feeling of fear. Dispenza finds that when the brain of such an individual is able to free itself from the chemical combination belonging to fear, the brain’s receptors for such substances are correspondingly opened. The same is true with depression, anger, violence, and other passions.

Nevertheless, many are skeptical of Dispenza’s findings, despite his ability to demonstrate that thoughts can modify a being’s physical conditions. Generally associated as a genre of pseudo-science, the theory of “believe your own reality” doesn’t sound scientific.

Science may not be ready to acknowledge that the physical can be changed through the power of the mind, but Dr. Dispenza assures that the process occurs, nevertheless.

“We need not wait for science to give us permission to do the uncommon or go beyond what we have been told is possible. If we do, we make science another form of religion. We should be mavericks; we should practice doing the extraordinary. When we become consistent in our abilities, we are literally creating a new science,” writes Dispenza.