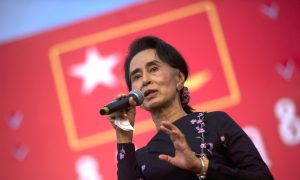 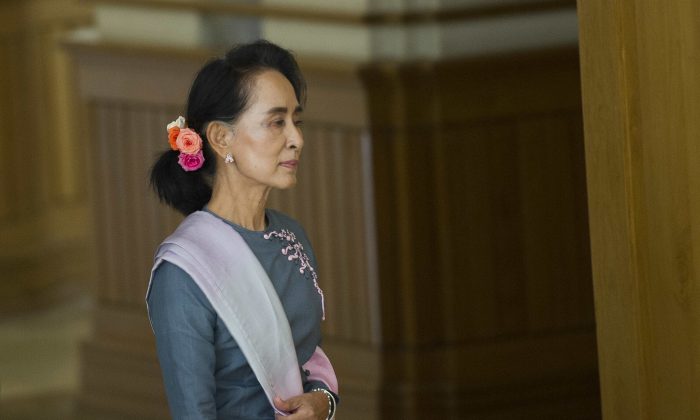 Following the landslide election result for Aung San Suu Kyi’s National League for Democracy (NLD) earlier in November, Burma (also known as Myanmar) appears to be transforming from one of the world’s most repressive regimes to a relatively free country.

But signs of regression toward old habits by the military over the past year, and their continued presence and power of veto in parliament even after the election result, the future for democratic freedoms—including freedom of expression—is far from guaranteed.

During the censorship years, journalists, writers, artists, and activists in Burma risked being blacklisted and tortured for speaking freely. Some even spent decades in solitary confinement. References to political figures were off limits, as were views that contradicted the government line on any issue. The same applied to subjects or images that breached conservative cultural norms. At some points in the not-too-distant past, no woman could be depicted on screen exposing her leg above the calf.

Any form of public protest was quickly and often violently quashed—and the entire Internet system could readily be shut down. YouTube and social media sites were blocked.

The government tightly controlled the style and content of all publications, ensuring that its propaganda mouthpiece, the Global New Light of Myanmar, was the only daily newspaper and reported only “important” and positive events, such as the opening of a new pagoda by a military official.

It set up its own publishing house and writers’ award to promote “appropriate” writing, which usually meant glorifying the optimistic struggle of the loyal worker. All non-state publishers had to submit 50 copies of any book or magazine to the censors in advance of publication. No films, exhibitions, or shows were allowed to take place without prior screening.

Then in 2012, as part of the transition to democracy, the most onerous censorship laws were suddenly lifted. The move was met with widespread astonishment and delight.

The government spoke positively about the future of free speech for everyone in the country. Daily news journals were finally allowed to exist to rival the government organ, and publishers no longer had to submit material in advance.

Many literary figures I spoke to, particularly those of high public regard, confessed that they put literature aside once they finally had the chance to talk to the people “directly” about politics in speeches, essays, and news articles. Nay Phone Latt, a writer who was formerly a political prisoner, even stood for election for the NLD and has now been elected as an MP.

Others found it hard to break out of an expressive rut. They had honed their techniques for evading the government censors over so many years, disguising political critique in allegory, that the restrictions imposed on them for so long had become a source of artistic creativity. As poet Zeyar Lynn put it to me, rather mournfully, he couldn’t stop himself hiding messages in new poems that he no longer needed to hide.

But a few writers and artists, particularly from the younger generation, responded vigorously to the new freedoms. They smashed through censors’ taboos and put out provocative new work. Young writer-publisher Myay Hmone Lwin reopened his blacklisted publishing house and promptly published books that had been previously banned. These included a biography of Prime Minister U Nu (deposed by the military coup in 1962) and his own first novel, “Engraved”—a visceral description of the 2007 saffron revolution.

But as time passed, and the 2015 election grew closer, the government started to show signs of regression toward censorship. A journalist was imprisoned for conducting interviews at a public education office, as was a bar owner from New Zealand who displayed a “blasphemous” image of the Buddha wearing headphones. And Burma-based poet, 23-year-old Maung Saunghka, was charged after posting a poem on Facebook.

In a sinister development, it is now clear that—throughout the transition—the government has been deliberately fueling a virulent hate speech campaign against the country’s minority Muslim population. The aim seems to be to stir up patriotism but the result has also been appalling incidents of violence—particularly toward the Rohingya people, who are still denied citizenship. In a new censorship twist, five men have been jailed for publishing a calendar that simply acknowledged the Rohingya as an ethnic minority—this two weeks after the election.

So the likelihood is that, even now that the NLD has won the election and Aung San Suu Kyi has begun forming her new government, the military will continue to hold a significant, repressive influence over the country. Acts of censorship are therefore likely to continue. As a result, many writers and artists will continue self-censoring—and would-be protesters and activists will remain fearful. They all have good reason to be dubious about the future of freedom of expression in the country.

This in turn has serious implications for all the people of Burma and for the likelihood that, even in the longer term, it can achieve a genuine democratic transition. That said, the triumphant ascendancy of the NLD is by far its best chance.

Ellen Wiles is a writer and Ph.D. candidate at the University of Stirling in the U.K. This article was previously published on TheConversation.com