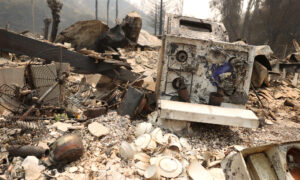 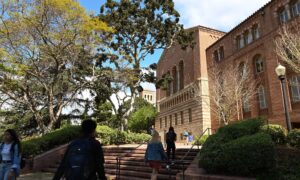 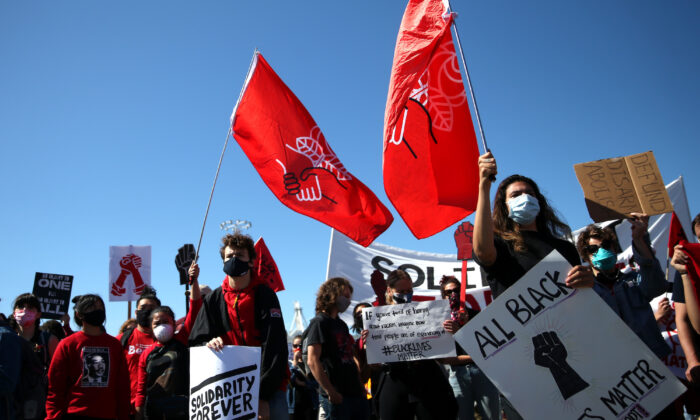 Protesters wave flags and hold signs during a Juneteenth rally and march at the Port of Oakland in Oakland, Calif., on June 19, 2020. (Justin Sullivan/Getty Images)
US News

A piece of legislation, which would require all high school students in California to take an “ethnic studies” course promoting racial justice activism, is heading to the desk of Gov. Gavin Newsom after clearing both houses of the state legislature.

The bill, known as AB 331, passed California’s Assembly floor on Monday in a 62-12 vote. It was shelved in August 2019 after backlash over a proposed model curriculum, on which the ethnic studies course would be based. A new draft model curriculum was put forward last month, leading to the revival of AB 331 amid nationwide protests and riots.

The latest version of the ethnic studies model curriculum, which was posted to the California Department of Education website on Aug. 13 for a 30-day public review period, says the course should teach students about “the interlocking systems of oppression and privilege that impact all people of color.” The revised curriculum still focuses heavily on political activism, as one of its outlines says students are expected to “acquire tools to become positive actors in their communities to address a contemporary issue and present findings in a public forum.”

The curriculum provides a collection of sample lessons, which dedicates a considerable portion to exploring the Black Lives Matter movement. In a sample lesson titled “#BlackLivesMatter and Social Change,” students are expected to “develop an understanding and analyze the effectiveness” of the Black Lives Matter movement, and be able to identify “how African Americans have been disproportionately impacted by racial profiling and police brutality.”

According to the lesson plan, the teacher will start with a discussion of a local or national incident involving “racial profiling or police brutality” against an African American, and link this incident to the broader Black Lives Matter movement. After completing the reading and discussion, students will identify key incidents and victims, define key terms such as “anti-blackness” and “state sanctioned violence,” and learn about “tactics of resistance used by activists and organizers within the movement.”

As part of the second component of the lesson, students are encouraged to “explore the possible actions of advocacy for social justice and social change” and will be given another week to produce their own social change projects, “whether it be drawing a protest poster or drafting a plan to organize a direct action.”

Critics of the curriculum, citing political indoctrination concerns, compare it with New York Times’ 1619 Project. Aiming to “reframe American history,” the 1619 Project argues, among many other controversial claims, that the United States is fundamentally racist, with the Revolutionary War primarily about seeking to preserve slavery.

Last month, Newsom signed into law a similar bill, AB 1460, which adds an ethnic studies course to the graduation requirements in the California State University system.