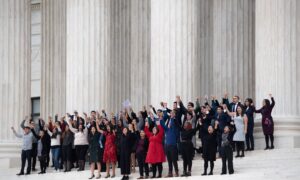 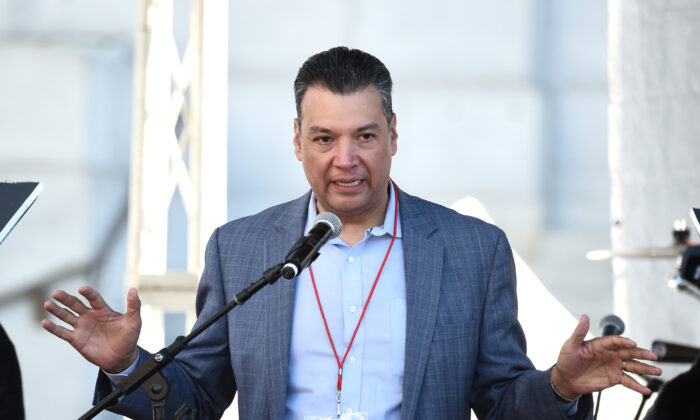 A businessman is suing California in federal court over a 2018 social-justice law that by 2020 will force all publicly traded companies headquartered or incorporated in the state to have at least one woman on their board of directors.

The lawsuit, cited as Meland v. Padilla, was filed Nov. 13 in the U.S. District Court for the Eastern District of California.

The plaintiff, Creighton Meland Jr., lives in Hinsdale, Illinois, but is a shareholder of defense contractor OSI Systems Inc., a publicly traded company incorporated in Delaware and headquartered in California. Its current board is all male.

State Sen. Hannah-Beth Jackson, a Democrat who sponsored the legislation, said its purpose is to improve corporate decision-making and level the playing field for women in corporations.

“The time has come for California to bring gender diversity to our corporate boards,” Jackson told The Los Angeles Times in September last year. “With women comprising over half the population and making over 70 percent of purchasing decisions, their insight is critical to discussions and decisions that affect corporate culture, actions, and profitability.”

But whatever intentions are behind the law, it is nonetheless both unconstitutional and counter-productive, said Anastasia Boden, an attorney with the Pacific Legal Foundation (PLF), the Sacramento-based public interest law firm that filed the lawsuit.

By making Meland and other shareholders think about the sex of potential board members when they vote in board elections, California’s law “imposes a sex-based quota directly on shareholders, and seeks to force shareholders to perpetuate sex-based discrimination,” in violation of the Constitution.

Some supporters of the bill have acknowledged it might not survive constitutional scrutiny in court.

“There have been numerous objections to this bill, and serious legal concerns have been raised,” then-Gov. Jerry Brown, a Democrat, wrote in a statement after signing the measure. “I don’t minimize the potential flaws that indeed may prove fatal to its ultimate implementation.”

Failing to comply with the law or to report the sexual composition of their boards to the state can lead to a fine of $100,000 for a first violation, and $300,000 for each subsequent violation. Each board position that is mandated to be filled by a woman, but is not, is considered a separate violation.

This “Woman Quota” applies in perpetuity and irrespective of whether there is any evidence of discrimination in the relevant industry, PLF states in the legal complaint, which challenges the law as being contrary to the Equal Protection Clause of the U.S. Constitution’s 14th Amendment.

“The law is not only deeply patronizing to women, it is also plainly unconstitutional. As the Ninth Circuit has observed, ‘The notion that women need help in every business and profession is as pernicious and offensive as its converse, that women ought to be excluded from all enterprises because their place is in the home,’” the complaint states, referencing a 1987 ruling by the circuit court in Associated General Contractors of California, Inc. v. City and County of San Francisco.

A sex-based quota system that applies to all businesses across every industry kicks in next month.

Meland’s is the second legal challenge to the law. The first was filed last year by good-government group Judicial Watch.

California Secretary of State Alex Padilla, who is named as a defendant in both the new and older lawsuit because he is responsible for enforcing the law, said at the time through a spokeswoman, “We support the underlying goal of SB 826 to create an equitable economy and inclusive California.”

Padilla’s office did not immediately respond to The Epoch Times to a request for comment on Meland’s lawsuit.