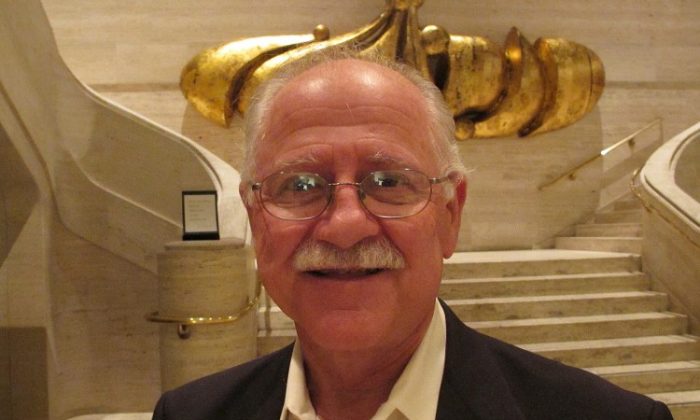 Business Owner Wants to Share Shen Yun With the World

“I love history, so I know it is about 5,000 years of Chinese history,” said Michael Borrelli, from Borrelli & Russo insurance agents in Westchester. “Seeing the Chinese culture—to try and understand it through dancing and music—it is just beautiful. I am so glad I came.”

He said the color and the coordination of the dances really struck him.

“You can see they put a lot of love and labor into it,” he said at intermission. “The color sticks out to me, I just love that. I am looking forward to the second half.”

Shen Yun is based in New York and tours the world with the mission of reviving the 5,000 year-old, divinely inspired Chinese culture, according to the company’s website.

“After more than 60 years of communist rule in China, and especially after the Cultural Revolution, Chinese traditional culture has been all but completely demolished,” the website explains. “However, the deeper spiritual core of the ancient culture, with its values of benevolence, honor, propriety, wisdom, and sincerity, as well as a reverence for the gods and the heavens, cannot be destroyed.”

The dancers, who are trained at the highest level in classical Chinese dance—one of the most comprehensive systems in the world—are adorned with handmade, colorful regalia. Accompanying the different performances are digital backdrop scenes that “are magical windows to completely different realms,” transporting audiences to areas such as “blossoming landscapes, deep forests, Mongolian prairies, or celestial paradises,” according to Shen Yun’s website.

A unique orchestra that melds both Western and Chinese instruments harmonizes the dancers and backdrop.

“The way they did the background, to coordinate the dances, is really great,” Mr. Borrelli said.

He said the performance was very powerful.

“You have to share with the rest of the world, the Chinese culture,” he proclaimed. “I am going to tell my friends. I wish I was around more often.”