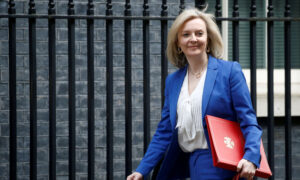 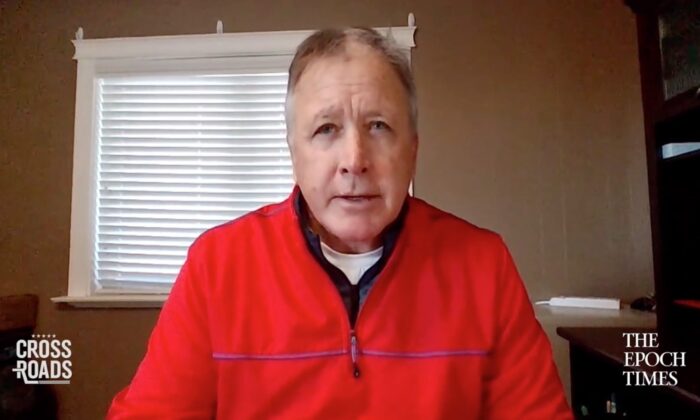 Mike Fahner, owner of the Cedar Points Nursery, in a screenshot from a video interview on Crossroads, on March 31, 2021. (Courtesy of Crossroads)
Judiciary

Mike Fahner, the owner of a strawberry operation in northern California who is embroiled in a legal dispute with union organizers that is now before the U.S. Supreme Court, told The Epoch Times’ “Crossroads” program that his challenge to a controversial California union access regulation has broader implications for the protection of private property rights under the U.S. Constitution.

“In the United States, everyone has a sovereign, right—or should have the sovereign right—to determine who can and cannot come onto your property,” Fahner said. “Well, we’ve been stripped of that in agriculture in the state of California.”

Fahner, who owns the Cedar Points Nursery, argued that a nearly half-century-old California regulation, dubbed the “union access law,” violates the Constitution’s Fifth Amendment, which bars the government from taking property without compensation.

“This is the most disruptive event that can happen to someone in business,” Fahner said. “The idea that strangers can come onto your property and solicit your workforce … for three hours per day, 120 days out of the year … it’s like paralysis.”

The California regulation lets union organizers enter the property of agriculture businesses to speak to employers about supporting a union. While not allowing unconditional access, the regulation effectively allows union organizers to enter an agricultural employer’s property for up to 120 days a year, and for a maximum of three hours on any given day.

When the United Farm Workers (UFW) came onto Fahner’s property in 2015, he filed a complaint with the California Agricultural Labor Relations Board, which dismissed his complaint. So Fahner filed a lawsuit against the state of California, challenging the law.

“This needs to change,” Fahner said. “This is wrong, it’s unconstitutional, and we must stop this. And that’s why I’m in this fight because it’s happened to me, it was incredibly disruptive.”

After defeats at the state and district level, the case—called Cedar Point Nursery v. Hassid—made it to the U.S. Supreme Court, which heard oral arguments on March 22.

Joshua Thompson, an attorney with the nonprofit Pacific Legal Foundation, who represented Cedar Point before the Supreme Court, argued at the virtual hearing that the law violates the Fifth Amendment, according to an argument analysis by SCOTUSblog.

“Thompson told the justices that because the regulation gives union organizers the right to enter and stay on the businesses’ property, it is a ‘taking,'” wrote Amy Howe of SCOTUSblog.

This refers to the idea that, under the Fifth Amendment, private property shall not “be taken for public use, without just compensation.”

The plaintiffs in the case—Cedar Point and Fowler Packing Company, a Fresno-based shipper of grapes and citrus fruit—have argued that the “takings” clause gives them a broad right to exclude unwanted persons from their property, including union organizers. They have also argued that property owners are entitled to compensation if a state regulation violates this right.

Several justices pressed Thompson on whether a ruling on behalf of the plaintiffs would make it harder—as the state of California has contended—for authorities to carry out routine health and safety inspections. Thompson said such concerns were exaggerated, as the law gives the government the power to “undertake reasonable searches” and property owners cannot legally block authorities from entering their property for such purposes.

Justice Amy Coney Barrett, the newest member of the Supreme Court, said that the real concern was what she described as “line-drawing,” namely, at what point do government regulations that force landowners to give authorities access to property become “takings,” according to Howe’s review.

This prompted a series of competing arguments presented by Thompson and Michael Mongan, the solicitor general of California, about where a reasonable line could be drawn that would make compelled access to private property a “taking” that would be protected under the Fifth Amendment.

“Justice Brett Kavanaugh suggested that the court could put aside questions about line-drawing and arrive at what he characterized as a ‘very simple’ resolution to the case that would result in a win for the businesses, even if it was not the sweeping property-rights win that they had hoped for,” Howe wrote in her analysis.

The “very simple” resolution that Kavanaugh alluded would be a ruling in line with an earlier Supreme Court decision which said that an employer’s right to deny union organizers access to their property must yield when employees are otherwise unreachable through normal channels, Howe wrote.

Kavanaugh said the growers would likely win under that ruling, called NLRB v. Babcock & Wilcox, and told Thompson that his argument about treating the California regulation as enabling a “taking” was essentially asking the Supreme Court to “reinvent the wheel.”

Echoing Kavanaugh’s point, Justice Sonia Sotomayor suggested Thomson would “win under Babcock,” potentially offering a simpler way out of the dilemma, as a Supreme Court ruling on the basis of the Fifth Amendment could, potentially, fundamentally reshape the balance of power between the government and private property owners.

Fahner, in his interview on “Crossroads,” said that the California regulation was enacted for the sole purpose of making it possible for union organizers to communicate with workers at a time of dial-up phones, and now that cell phones have become prevalent, it’s an unnecessary burden on business owners.

“Why do they have to … come in and trample on my property to advance their agenda? They don’t need to do that,” he said.

The Supreme Court is likely to rule on the case in the summer, according to SCOTUSblog.