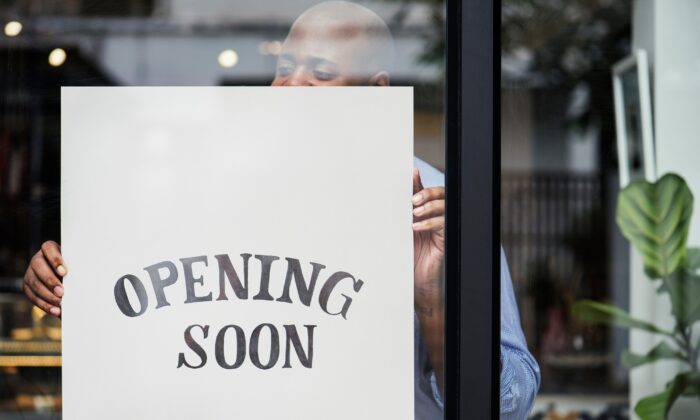 Monthly applications to start a new business are on the rise

In today’s great debate over whether the economy is in recession or not, the pace of new business formation would say “not yet.” At least it seems to say that on the surface. Put into context, recent data may not carry quite that powerful of a positive message.

The underlying consideration is the lingering effect of all the opportunities opened by the pandemic-induced lockdowns and quarantines. Entrepreneurs rushed in to fill the gap left by this raft of business failures and, accordingly, have kept applications for new businesses at historically high levels. They will likely continue to do so for a while yet, until all those opportunities are exhausted, even in the face of an economic weakness that would otherwise cause a more pronounced pullback in new business formations.

The most recent report from the Department of Commerce tells the story well. On the surface, things looked positive. In July, monthly applications to start a new business averaged 426,000 nationally. That figure was 3.7 percent above the June rate. What the department calls “high-propensity” applications, meaning businesses likely to hire staff, rose 3.9 percent from June. Those that planned to pay wages rose 4.6 percent, and corporate applications rose 4.1 percent.

The South and Midwest Gain

Enhancing the positive picture was the broad regional diversification of the gains. The strongest growth was in the Midwest. July’s overall measure rose 5.4 percent from June. The greatest relative weakness occurred in the West. There, overall new business applications gained only 2.2 percent. No doubt this relatively poor showing reflects California’s difficult business climate, to which that state’s losses to places such as Texas and Florida testify.

The South led the nation with the greatest number of new business applications, at 198,000 overall. That was more than twice the number recorded for the much more populous Northeast, a pattern that prevailed in every sort of business, from the smallest to corporate applications, and especially in the so-called high-propensity businesses.

As indicated, however, these monthly figures are only part of the story. Before running too far and too fast with this upbeat information, it’s important to note that July’s bounce came off relative lows hit in June. The fact is that the prevailing trend in new business formation has been on a gradual downward slope for well over a year.

Highs for business formation came immediately after the lifting of the worst lockdowns and quarantines in the summer of 2020. Those strictures had forced a precipitous drop in business formation—by some 30 percent, in fact, in a matter of weeks in April and May of that year. Businesses then weren’t forming; they were collapsing. But as soon as the lockdowns and quarantines began to lift, even just partially, entrepreneurs rushed to take advantage of the gap left by the lockdown-induced failures and closures.

In normal circumstances, one would have expected new business applications to continue rising as the general economic recovery gained momentum in 2021, but instead, they began to tail off. It wasn’t that prospective businesspeople failed to believe the then-positive economic news, but rather the gradual decline in applications reflected how the earlier surge in business formation had taken up most obvious openings left by the damage done during the lockdowns and quarantines. Enough opportunities remained, however, so that the slide in applications proceeded only gradually into 2022. The continued presence of such opportunities is why, even in the face of more recent economic weakness, indeed recession fears, these applications remain higher than in the strong, pre-pandemic economy.

It would seem from this analysis that the July bounce will likely reverse soon and that the pace of new business formation will resume the gradual slide that has typified it through much of 2021 and 2022. More pronounced weakness in the overall economy will accelerate that trend.

A more precipitous decline will likely wait until all the opportunities opened by past pandemic-related business failures are exhausted. That point is impossible to determine, but a sharp downward adjustment is all but assured as that point approaches. Then, especially if the economy remains weak, the pace of new business formation will almost surely fall below the 300,000 averaged in the strong economy of 2018 and 2019. In the meantime, these business formation indicators will overstate the economy’s underlying strength.