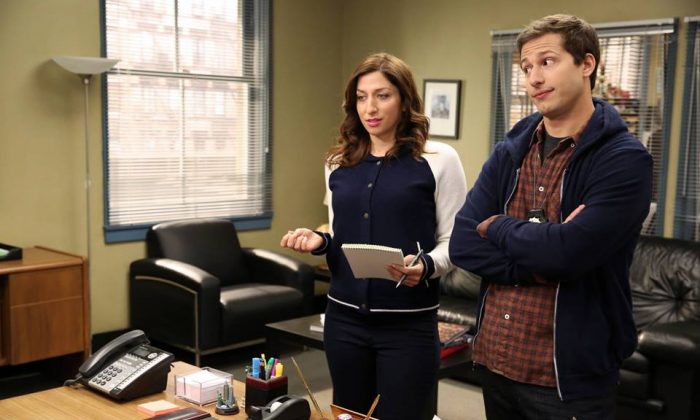 Brooklyn Nine-Nine Season 2? Will Fox Comedy Get Renewed or Canceled?

Will Brooklyn Nine-Nine have a season 2?

Season 1 is ending soon, on March 11. There hasn’t been official word on whether the series will get renewed.

Zap2It reports that the show in its relatively new 9:30 time slot “continue to remain below both what they were at 8:30 and what The Mindy Project averaged in the timeslot. While the competition will get weaker, the results are simply not encouraging so far.”

The numbers crunching blog has the show in its “On the Bubble” slot, meaning it could be renewed or canceled.

Back in October, Fox announced that the show would be extended to a full first season and would be introduced to the massive audience following the Super Bowl.

The New York Times reported that the comedy is a favorite of Fox entertainment chairman Kevin Reilly, despite having marginal ratings.

The show likely got a further boost by getting the Golden Globe for best comedy series, and best actor- comedy (Adam Samberg.

Creators Mike Schur and Dan Goor joked about questions regarding a season 2 after the wins, per Zap2It.

“”We don’t know, but it would be a pretty baller move of [Reilly] to cancel us today,” Schur joked. “If he were going to do that, that’s how he should do it.”

Schur added: “The real answer is we don’t take anything for granted, but those kinds of decisions are usually made in April and May, so continuing to make the best show we can, [we’ll] see what happens.”