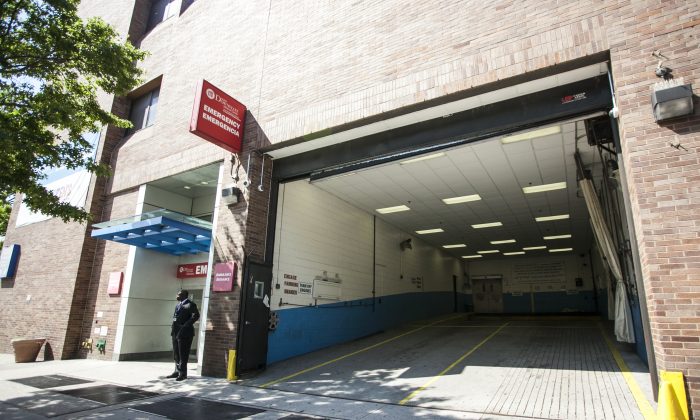 The exterior of Long Island College Hospital in Cobble Hill, Brooklyn, May 29, 2014. It has closed most of its facilities and is diverting its ambulances. (Samira Bouaou/Epoch Times)
New York

Brooklyn Community Holds Out for Its Hospital

Over the course of the rocky process, the community groups have seen their chances of retaining a hospital at the Cobble Hill location get slimmer and slimmer.

A recent death in Red Hook has put the community on edge. Many wonder if the minutes saved by going to LICH over a hospital further away could have saved the resident’s life. Ambulances have been diverted to Brooklyn Hospital Center and New York Methodist since May 22.

Second-ranked Peebles had agreed to a study of the area carried out by a team including experts chosen by the community, with the focus of determining whether a hospital is needed where LICH sits.

Now Fortis has agreed to an “ongoing needs assessment,” which would be carried out by its partner NYU Langone Medical Center.

It is a technicality that would also allow NYU to reduce services, if it deems it necessary. Fortis plans to set aside 10,000 square feet more for NYU to use for health services.

Peebles is protesting SUNY’s decision to stop negotiations, saying the university negotiated in bad faith. If the community groups’ motion is denied, they will make a motion for SUNY to continue negotiations with Peebles.

LICH, zoned for residential, is prime real estate, and in many of the developers’ proposals health services were an add-on. But as the Northern Brooklyn communities grow, and hospitals crowd, residents said the demand for a hospital can only go up.