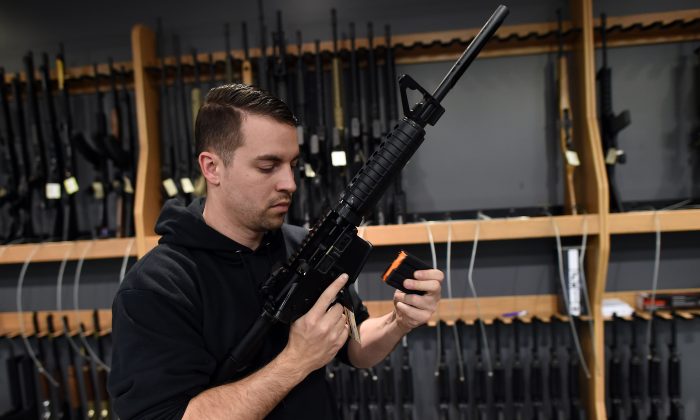 A Texas news station decided to find out just how prepared concealed carry holders are for different scenarios that could play out.

WFAA-TV’s experiment came after National Rifle Association CEO Wayne LaPierre claimed that “the only thing that stops a bad guy with a gun is a good guy with a gun.”

The broadcaster brought in Shawn Clary, a SWAT team member and tactical instructor, as a “bad guy.” Then they enlisted a group of “good guys” to see how they would react in different situations, such as an office worker wielding a weapon and starting to shoot co-workers.

All of these persons were armed with pistols that shoot pellets, along with helmets and goggles. Clary was also armed with an AK-47 that shot pellets. The participants were not aware he was wearing body armor, meaning they’d have to shoot him in the head, neck, or pelvis to “kill” him.

Another scenario had the men in a conference room, confronted by Clary playing a would-be terrorist who storms into the room and says he’ll shoot the workers one at a time.