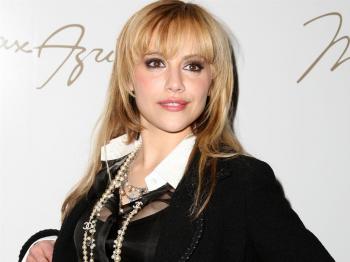 Actress and singer Brittany Murphy was pronounced dead in Los Angeles at the Cedar Sinai Hospital Sunday morning at the age of 32.

No official report has been made by the Los Angeles coroner's office or the Los Angeles Police Department on the cause of Murphy’s death. A spokesman from Cedar Sinai Hospital stated to the Associated Press that Murphy suffered a cardiac arrest.

The Los Angeles coroner's office mentioned that Murphy’s death did seem to be from “natural causes” according to a report by Star magazine, though it has been widely reported that the actress was struggling with an eating disorder.

Murphy’s family members submitted this statement to usmagazine.com, “In this time of sadness, the family thanks you for your love and support. It is their wish that you respect their privacy."

Brittany Murphy started her career as an actress at the age of 14 with a television role for Drexell’s class. She made a multitude of appearances on T.V. until graduating to the big screen with “Clueless” in 1995 starring Alicia Silverstone.
Murphy’s most notable roles include “8 Mile” with Eminem in 2002, “Girl, Interrupted” with Angelina Jolie, and “Sin City” starring Bruce Willis and Micky Rourke in 2005.

Murphy is survived by her husband Simon Monjack. The couple met on the scene of a movie he was directing and married in May of 2005.