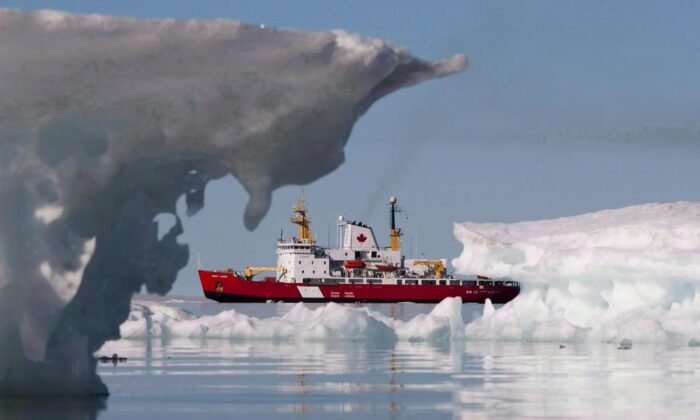 The memorandum of understanding follows a 2020 agreement between the two NATO countries that saw officers from Britain’s HMS Protector train aboard a coast guard vessel.

The Canadians will work with British sailors in icy northern waters to break up ice sheets while exchanging information from their Royal Navy counterparts.

The British High Commission in Ottawa announced the new agreement on behalf of the Royal Navy and the coast guard.

Britain has a renewed interest in the Arctic region and has trained annually with Norway’s navy.

“The sharing of the Canadian Coast Guard’s wide experience and expertise will mean British sailors are better-equipped when sailing to the frozen region,” the Royal Navy statement said.

Mario Pelletier, the commissioner of the coast guard, said in the statement that the Canadians would benefit from the Royal Navy’s “operational experience and expertise.”