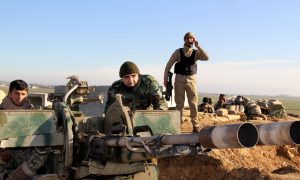 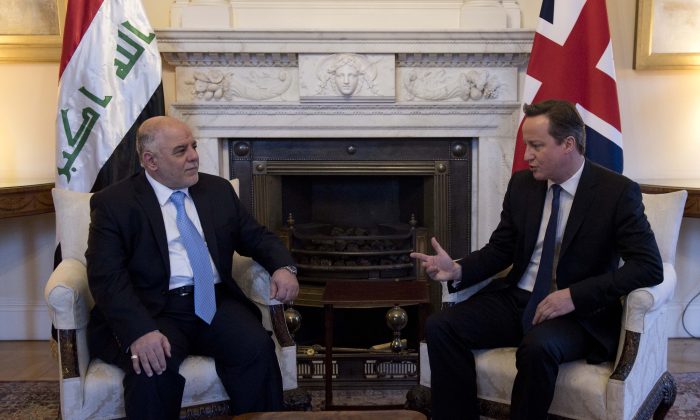 LONDON—Iraqi forces are not ready to dislodge Islamic State militants from the country and the world must do more to starve the extremists of money and militants, Britain’s foreign minister said Thursday ahead of an anti-IS coalition meeting.

Foreign Secretary Philip Hammond said Iraqi forces are in a “state of disarray” and “it will be months yet before they are ready to start significant combat operations” against the extremists.

Hammond and U.S. Secretary of State John Kerry are meeting officials from 22 countries in London for talks on defeating the militant group, which controls a swath of Iraq and Syria.

A U.S.-led coalition has carried out more than 1,000 airstrikes since August against IS group positions and has sent hundreds of troops to train Iraqi soldiers, but has failed to deliver a decisive blow against the Islamic extremists.

The London talks are to focus on what can be done to cut off the organization’s funding, stop the spread of its propaganda and stem the flow of foreign fighters to its ranks.

Kerry said defeating IS was “the challenge of our time,” and involved police and intelligence agencies around the world “flushing out” supporters and sleeper cells.

Hammond said the Islamic State group was “the greatest single immediate threat to Britain’s national security.” He said there was a real risk its supporters could launch an attack in Britain similar to the Paris rampage by gunmen claiming links to al-Qaeda and IS that left 20 dead this month, including three gunmen.

Iraqi Prime Minister Haider al-Abadi, who met Prime Minister David Cameron in London ahead of the international talks, has accused the world of stalling on commitments to train and equip Iraqi ground forces.

“We are in this almost on our own,” he told The Associated Press on Wednesday. “There is a lot being said and spoken, but very little on the ground.”

The London meeting brings together officials from several Arab and Gulf states, European nations, Turkey, Australia and Canada, as well as the U.S. and Britain.