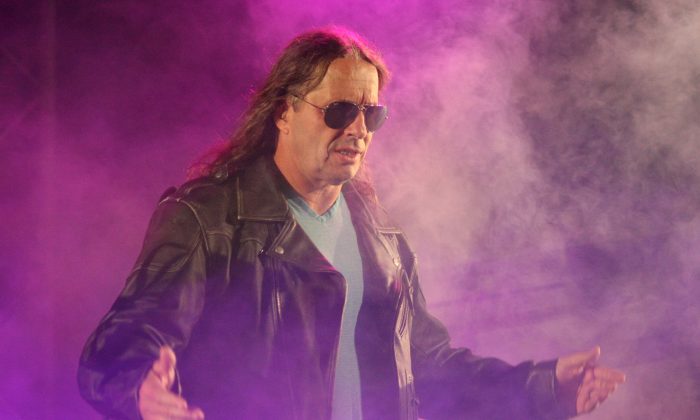 Bret 'The Hitman' Hart will be making his long-awaited re-appearance at WWE Payback on May 1. (Steve Haag/Gallo Images/Getty Images)
Other US

It looks like WWE Hall-of-Famer Bret Hart will soon be making a return to the ring at the pay-per-view event, WWE Payback.

Hart’s niece, Natalya, said that her uncle would be in her corner during her match against Charlotte for the WWE women’s championship on May 1. Hart had prostate cancer surgery in February.

Bret Hart Returning to WWE TV; Will Be in Natalya’s Corner at WWE Payback https://t.co/byK6u8hOnZ pic.twitter.com/2Zdw9bGAim

The match will feature the 58-year-old Hart in his niece’s corner and 67-year-old longtime rival Ric Flair—Charlotte’s father—in the other. Will the two legends go at it? No one knows, but it’ll be nice just to see Hart, who’s been absent from WWE for the past year.

Following Hart’s surgery, the wrestling great told WWE.com that he feels like he was, “in a knife fight with Mr. Fuji and I lost.”

He seemed positive about his long-term health though. “Well, there’s always a chance it could come back, but it seems my cancer was contained within my prostate. I have to get checked every three months for the next couple of years, and eventually it will be once a year, and eventually, in 10 years, they’ll tell me that I’m cancer-free forever.”

“It means the world to me.” – @NatbyNature on what it means to have Bret Hart in her corner for her title match. https://t.co/pKLI6T2hXT