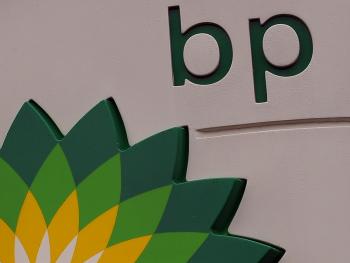 A BP petrol station logo is pictured in Manchester, north-west England. BP's costs for the Deepwater Horizon spill have risen to $6.1 billion according to the company. ANDREW YATES/AFP/Getty Images) (Andrew Yates/Getty Images)
US

Cheryl Wu
View profile
Follow
biggersmaller
Print
BP's costs for the Deepwater Horizon spill in Mexico have risen to $6.1 billion according to the company.

Since the spill occurred in April, BP has faced mounting costs and 145,000 claims from individuals and businesses impacted by the oil spill.

BP has paid $319 million in response to 103,900 settled claims. The ballooning expenses also includes the cost of “spill response, containment, relief well drilling, grants to Gulf states, and federal cost,” according to a statement from BP.

In early June, BP, in agreement with the US government, announced the establishment of a $20-billion escrow account. This money held by a third-party is to pay for claims caused by the Deepwater incident. Bringing an end to their third quarter on August 9, BP made a first deposit of $3 billion towards this escrow account. BP will continue to contribute an additional $2 billion, followed by deposits of $1.25 billion each quarter.

BP announced today that it has established a trust and made a $3-billion initial deposit to the previously-announced $20 billion escrow fund to pay legitimate claims arising from the Deepwater Horizon incident and the resulting oil and gas spill.

“The purpose of the escrow account was to assure those adversely affected by the spill that we indeed intend to stand behind our commitment to them and to the American taxpayers,” said Bob Dudley, CEO of BP’s Gulf Coast Restoration Organization in a statement.

Although BP's costs have ballooned to $6.1 billion, the company has a long-term plan to cover the cost of claims and general spill response.