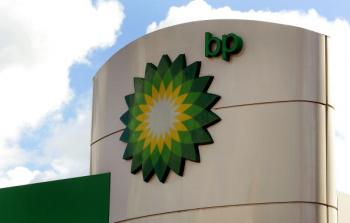 Ilya Rzhevskiy
View profile
Follow
biggersmaller
Print
After long and tense rounds of negotiations, British oil giant BP Plc has agreed to include its half-owned affiliate company TNK-BP in the Artic exploration deal with Rosneft accompanied by a $16 billion share swap, in one of the company’s biggest oil and gas deals in Russia.

For BP, this deal with Rosneft is likely seen as a light at the end of the tunnel after the tragic accident in the Gulf of Mexico a year ago, which hurt the company’s reputation both domestically and abroad. Since being guilty for the largest petroleum spill in history, BP has struggled to get any fresh developments and restore its damaged reputation.

Back in January, as BP attempted to strike a deal with Russian state controlled Rosneft to engage in a joint Arctic seabed exploration and a $16 billion share swap, TNK-BP—BP’s Russian partner, which also had veto power to any of the BP’s strategic decisions in Russian—had stalemated the agreement. A main reason for TNK-BP’s dissatisfaction with the deal was that it felt left out of the Arctic exploration project that had huge future potential of more than 60 billion barrels of oil.

Now that BP has agreed to also involve its Russian partner TNK-BP in the Arctic exploration project, its half-owned affiliate has dropped the objections to the $16 billion share swap. BP is to give 5 percent of its own shares to Rosneft in exchange for 9.5 percent of Rosneft’s shares.

“We see the Arctic transaction with Rosneft as a great opportunity for TNK-BP and for Russia, which we would like to [see] succeed," said Stan Polovets, the CEO of AAR group who owns 50 percent of TNK-BP.

The share swap is strictly for investment purposes only and neither of the companies is allowed to have representation on each other’s board.

"Today's agreement provides a good way forward for achieving [our] priorities and opens the way to bring BP's valuable expertise and technology to offshore exploration in Russia. We are now focused on working with BP … to continue the development of TNK-BP in Russia and internationally," said Stan Polovets.

Now that the conflict between BP and its half-owned affiliate TNK-BP has been cleared, it remains to be seen what Rosneft thinks about the share swap and the inclusion of TNK-BP in the Arctic project. It has not issued any response to the latest developments and many analysts believe that it does not favor having TNK-BP as the third involved party.

"The experience of exploring in these areas is in BP, not in TNK-BP. They could get around that by seconding people into TNK-BP, but it kind of dilutes BP's upside not only in the sense you only get half of whatever the exploration is, but also these are valuable people who could be used elsewhere," said an analyst who did not want to be named.

"It's all rather unsatisfactory. If BP goes ahead with the same Rosneft share-swap you've got to say, maybe what's the point of doing all of that if you're only going to get half of what they originally thought," he added.

If Rosneft doesn’t agree to have TNK-BP in the deal, then BP has one last option left—to buy out the TNK-BP stake. It has already tried to do that and offered $27 billion to the Russian oligarchs that own half of TNK-BP.

However, the buyout was rejected by the Russian billionaires who said that TNK-BP was undervalued. BP’s last choice would be to increase its buyout amount. However, some sources also say that TNK-BP is not interested in selling out, as owning a stake in any BP Russian ventures has far more business upside than any amount of money.

The ADR shares of BP advanced in Monday trading, increasing by more than 1 percent.