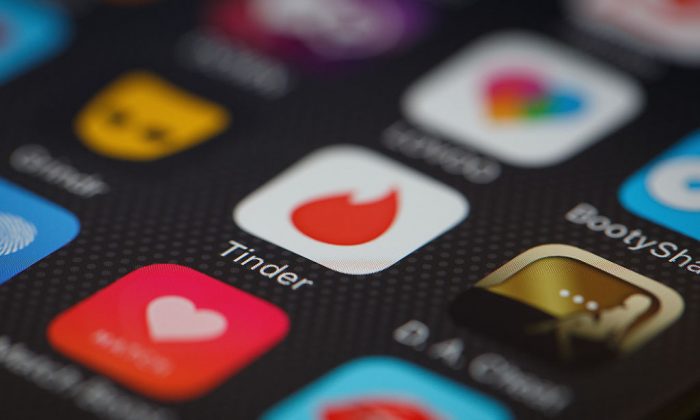 A Washington woman said she attacked her boyfriend because of what she found on his phone.

Emily Javier faces an attempted murder charge after she repeatedly slashed her boyfriend in Camas after she found he had the Tinder dating app.

“I just stabbed him!” Javier, 30, told officers outside the couple’s home in Camas around 1:50 a.m., reported Oregon Live,. “You guys need to help him!”

The officers entered the bedroom and found a lot of blood and Alex Lovell, 29, severely wounded.

He was rushed to the hospital with life-threatening injuries.

Javier said she was compelled to stab her boyfriend after she found he had downloaded the Tinder dating app, she told police officers.

Then she found sensual scratches on his back, she claimed.

Then she said she found red hair in the couple’s shower drain despite neither of them having red hair.

Javier then went to a shopping mall and bought a samurai sword before spending a week plotting her attack.

She finally attacked him one night after he went to sleep, after he returned home only to ignore her, she said.

“I was trying to kill him for cheating,” she told police officers, reported KATU.

But eventually, she called 911.

Neighbors said they were stunned when they learned what had happened.

“We were like, ‘There’s no way.’ Like, are you sure it’s this family?” Meili Murray, who lives a couple doors down from the home where the stabbing happened, told KPTV. “I would never have guessed.”

Another neighbor said Lovell didn’t deserve to be attacked no matter what he did to his girlfriend.

“Whatever that guy was into, doesn’t deserve getting knifed basically. Even if he was doing her wrong,” said neighbor Jay Meltesen.

Javier was booked into the Clark County Jail on first-degree attempted murder charges.